In 2009, the University of Pretoria’s Prof Brenda Wingfield, Deputy Dean of Research in the Faculty of Natural and Agricultural Sciences, was the winner in the first category. In 2010, the awards were renamed the African Union Kwame Nkrumah Scientific Awards in honour of the memory of the great Pan-Africanist and first President of the Republic of Ghana, Dr Kwame Nkrumah.

Since 2000, Resia has published more than 150 peer-reviewed articles in international ISI-rated journals. Since 2005 she has focussed her research on the use of the electron microscope as a tool for studying diseases that affect platelets and fibrin networks in particular, with specific reference to haemostasis and how it may be studied using the electron microscope. She uses both human and animal models.

Resia has also acted as leader to 28 successful MSc and PhD students since 2000. This work produced research that led to more than 60 peer-reviewed articles in International ISI-rated journals. One of her MSc students was awarded the University of Pretoria’s prestigious A2S3 bronze medal for best MSc student, and another was the runner up.

Her achievements include being chosen as Exceptional Achiever: Young Researcher: Faculty of Health Sciences 2007. In 2009, she established the Applied Morphology Research Centre (AMRC) at the University of Pretoria, of which she is still the director. The focus of this Centre is to study human disease using ultrastructure. The Centre works closely with both private and public sector organisations and individuals from both these sectors serve as AMRC board members.

Research also involves collaboration with the Joslin Diabetes Center, Harvard Medical School, Boston. Their research focuses on ferric and ferrous ions as generators of hydroxyl radicals, and the fact that iron-induced alterations in fibrinogen structure is involved in pathogenesis associated with iron overload and persistent thrombosis. Resia currently has a Scopus, as well as an ISI H-index of 13, is an NRF-rated researcher and also serves as an editorial board member of international journals. 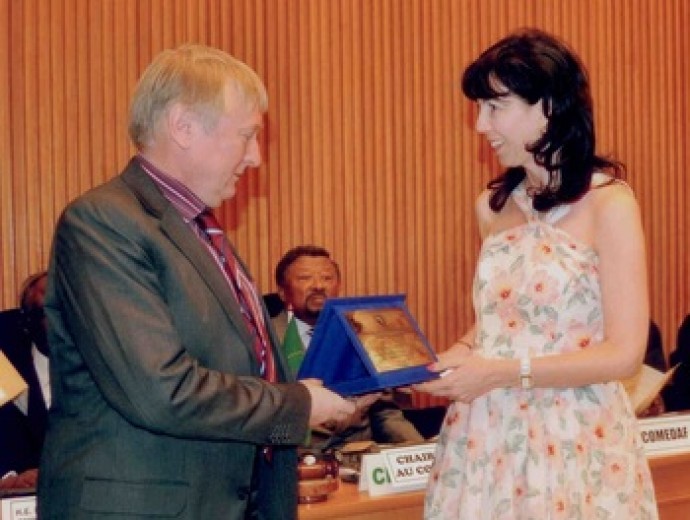