‘To be the best, we had to compete with the best’ – UP alumnus on why he and his brother chose UP

“Seeing the technological advancement of societies made us love the field of engineering,” says University of Pretoria (UP) alumnus Hlulani Rikhotso.

Hlulani, who is a graduate junior engineer at Impala Platinum, says he and his brother chose to study at UP because it has the best Mechanical Engineering Department in Africa and competes on a global level.

“The Mechanical Engineering Department at UP is known to be the most diverse department in Africa, allowing for a wide variety of research in the field,” he says. “To be the best, we had to compete with the best. That meant UP was our best option.”

“As siblings, we decided to be the change the community needed,” he says. “Our parents taught us that the highest honour in society is to serve people. The love for engineering came from seeing infrastructure being built from scratch into something amazing that the general public can use to better their lives.”

While UP was the obvious choice for Hlulani, he says adapting to the fast pace of academia and the environment was challenging. But he had a plan to rise above these difficulties.

“I made friends with students who were in their second and third year of study; this allowed me to learn from their mistakes and keep up with the new pace of life,” he explains. “I also made a habit of consulting with my lecturers as frequently as possible. That is how I survived some of these challenges.”

After obtaining his undergraduate degree, he was ready for the next step. But his career got off to a rocky start. As a result of the COVID-19 pandemic, the company that he had landed his first job at, as junior mechanical engineer, retrenched some of its workforce and terminated his contract before he could even start.

“After graduating and being unemployed I felt like a failure,” Hlulani says. “However, I did a bit of introspection and refocused my efforts on getting a job and furthering my studies. I enrolled for a BEng (Hons) a month later, after classes had already started, and rebranded my LinkedIn account. I started applying for jobs almost every day and fortunately, I received a breakthrough at Impala Platinum after three months of applying.”

Nhlanhla, who is a senior engineer at Kusile Power Station, says getting a qualification from UP made him a competent engineer who can work in any environment.

“Getting a degree that is internationally recognised makes life a lot easier,” he says. “I believe that as alumni, our core roles include engaging in mentorship and guidance to enable a more sure-footed path to increase competence in the field of engineering and to enable career progression.”

The brothers say their time at UP was fantastic and they highly recommend the institution to anyone. Their advice to students is this: “To be on top, one must be willing to work hard and go the extra mile.” 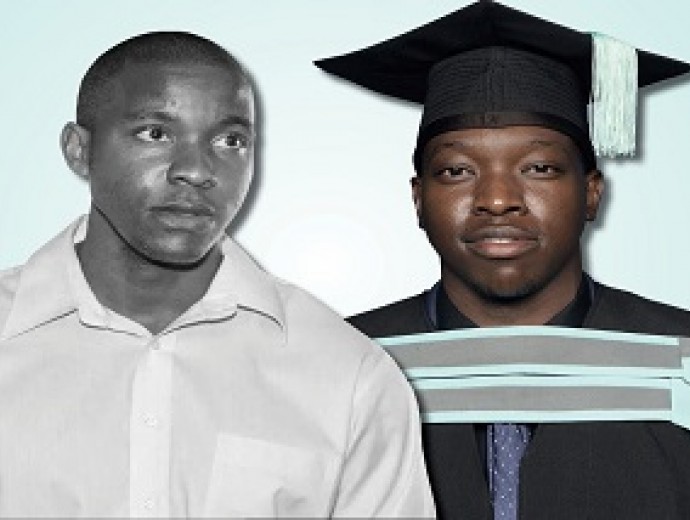