The Department of Informatics in the Faculty of Engineering, Built Environment and Information Technology at the University of Pretoria recently hosted the Mobile Application Development (MAD) Challenge which focusses on application development for mobile phones. The challenge started on 18 August and ended on 13 October when learners subjected their projects for marking.

The purpose of the project is threefold:

The project is structured as a competition and is promoted to promising high school learners in grades 9 to 12 in a technical field. IT as a subject is an advantage, but not a requirement for participation. The success of this project lies in delivering high quality mobile applications and competent mobile application developers, and inspiring young learners towards a career/study in IS/IT.

All of the high school learners (up to a maximum of 100) participating in this project received training in mobile application development over a period of five weeks and were then given another six weeks in which to create their own mobile application. The Department of Informatics allowed the participants to work in the IT Labs during school holidays.

On Monday, 23 October 2017, the Department invited all finalists to the prize giving ceremony where the following learners were awarded prizes for this year’s MAD Challenge:

Best idea prizes were awarded to the following five learners:

Prof Carina de Villiers, Head of Informatics congratulated the winners and thanked all the learners who participated in the challenge. 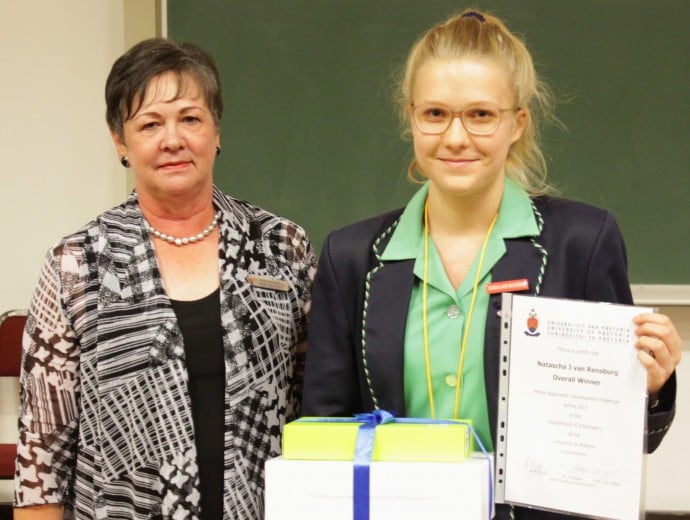