Professor Frans Viljoen in the opening ceremony noted that the Maputo Protocol was turning 20 years in the coming year. With ratification by 43 African countries significant progress has been made in domestication of the treaty obligations created in the instrument. However, we are still a long way from realising the right to equality for women on every level that they experience it in their lives. The Maputo Protocol supplements the equality clause contained in the African Charter on Human and Peoples’ Rights (African Charter) and intends for the realisation of substantive gender equality rather than formal equality. The Maputo Protocol is an instrument created to recognise the specific situation of African women and address the violations that they experience in their day-to-day realities.

Participants engaged with various panellists and presenters considering the legal basis for submissions for recognition of substantive rights. The first day, led by Prof Annika Rudman, provided a theoretical background on the treaty obligations in the Maputo Protocol. A comparative perspective from the Inter-American and EU systems was presented by leading academics Dr Alexandra Timmer and Prof Thomas Antkowiak. The second day had three panel discussions: Practitioners perspectives on adjudicating cases claiming an entitlement to equality; Adjudicators perspectives on determining cases claiming an entitlement to equality and Intersectionality and litigating equality claims before regional human rights bodies. The panellists represented legal practitioners, judges and African Commission Commissioners engaging the African human rights mechanisms, the Inter-American human rights mechanisms and the European human rights mechanisms. Hon. Commissioner Lucy Asouagbo, Former Special Rapporteur on the Rights of Women in Africa, Hon. Commissioner Janet Sallah-Njie, the Special Rapporteur on the Rights of Women in Africa and ECOWAS Court Judge President Edward Amoako Asante presented on the adjudicators panel reflecting on determining equality claims from a gendered-lens. Each reflected on a decision handed down by their institutions. African gender equality expert Prof Fareda Banda joined a diverse panel reflecting on the law, theory and practice of arguing for intersectionality when litigating equality claims.

The use of available judicial and quasi-judicial mechanisms for the advancement of human rights is an avenue that holds potential for African women to realise their rights and ensure state accountability for violation. On this basis, ensuring that the pronouncements of these bodies are in line with the spirit, purpose and objectives of the African Charter generally, and the Maputo Protocol specifically, is a necessary element to realising the full potential of the Maputo Protocol through the pronouncements of these bodies. This judicial colloquium is the first of a series of colloquiums covering substantive aspects of women’s rights. 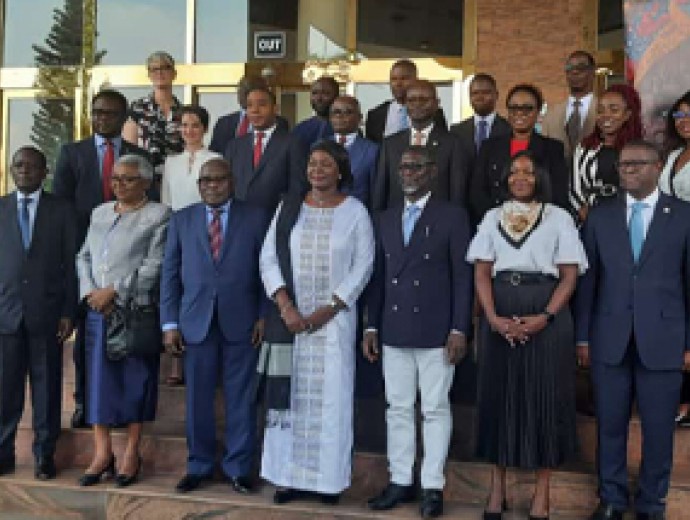