Reception of the President of the Pan African Parliament, the Bureau, and the Chief Executive Officer of AUDA NEPAD

This event was attended by distinguished Ambassadors from the various diplomatic missions, South African Government Officials, and members of civil society. The Centre has a long-standing strategic partnership with the African Union (AU) and its various organs with the aim to accelerate the adoption and implementation of policies, decisions, and declarations of the AU for the realisation of the aspiration of African citizens and Agenda 2063 and flagship projects. The Director of the Centre, Professor Frans Viljoen and the CEO of APRM Professor Eddy Maloka emphasised the importance of synergies between the academic institutions, civil society organisations (CSOs) and the AU.

Professor Tawana Kupe, Vice Chancellor and Principal of the UP in his welcoming remarks noted that the University of Pretoria applauds the PAP for playing a pivotal role in strengthening the oversight capacity of national Parliaments to hold the executive branches of government accountable with respect to the implementation of the continental agenda.

The AU marks 20 years since its establishment, it is prudent to reflect on the PAP’s and NEPAD’s performance in addressing the needs of African citizens, particularly in times of crisis and conflict. Our continent is currently facing challenges in democracy, elections, constitutionalism, rule of law and governance. There is an increase in citizens’ human rights violations by states, and threats to peace, security, and stability in many parts of the continent. There is evidence in parts of the continent of increased police brutality and excessive use of force by security forces in African states, unconstitutional change of governments, contested elections, and perpetual conflict. Hon Nxesi admitted the need for good governance on the continent and urged the leaders of Africa to continue to be ‘listening leaders. As such, the PAP, as a ‘Parliament of the people,’ and NEPAD, as a socio-economic flagship programme of the AU, may need to increase scrutiny on states that violate human rights and democratic ideals and be more vocal about these issues through observer and fact-finding missions that can culminate in recommendations and resolutions on volatile situations.

Ms Bonolo Makgale, Programme Manager of the Democracy and Civic Engagement Unit ended the evening with a call to action and reiterated the importance of good governance and democracy towards the fulfilment of aspirations of the continent and noted that “humanity is finally settling on the conviction that where there is true democracy, society thrives healthily and in the absence of democracy the opposite exists” 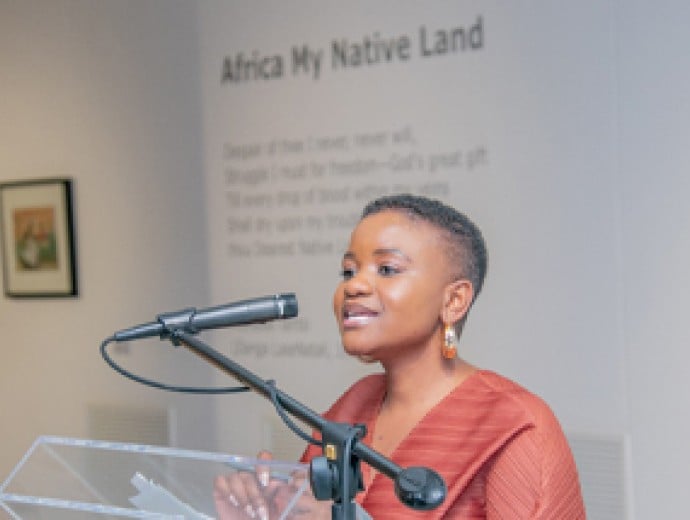