#Tech4Rights - Possible: A day in the life of Wilson

We live in a digital age where technology makes it faster and easier to do almost anything. From using the GPS on your smart phone for directions to meeting with colleagues from all over the globe via Zoom, technology has become an integral part of our contemporary existence. But if we had to, most of us could probably do without technology, though this would make life harder in a lot of ways.

For persons with disabilities however, ‘technology does not just make things easier, it makes things possible.’

Watch Wilson Macharia demonstrate how technology makes things possible for persons with visual impairments as he takes us through a day in his life.

This video forms part of the Centre for Human Rights' #Tech4Rights campaign, that focuses on the impact of new technologies on different aspects of human interaction. The campaign has a series of activities that look into technology in the following specific areas: business and human rights; democracy and digital technologies; children’s rights and new technologies; assistive technologies and persons living with disabilities; electronic evidence and strategic litigation and other key areas of human rights that intersect with new technologies. 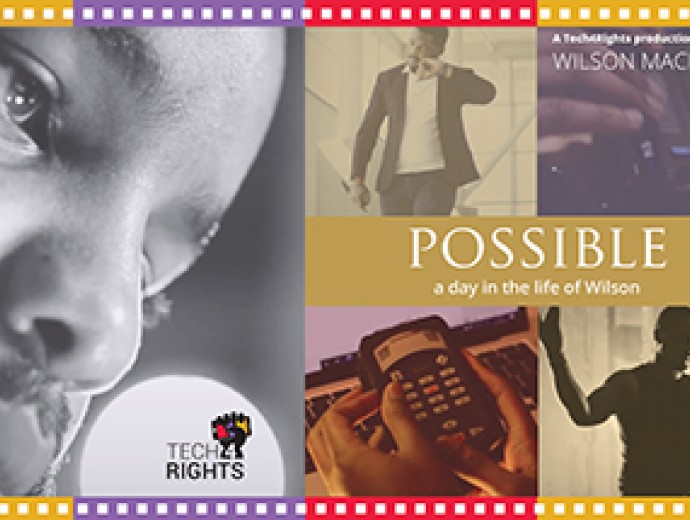