Press Statement: Centre for Human Rights calls on the government of South Africa to take clear stand against human rights violations and lack of accountability in Zimbabwe

On 6 August 2020, President Ramaphosa announced the appointment of former Speaker of Parliament, Baleka Mbete and former Safety and Security Minister Sydney Mufamadi as special envoys to Zimbabwe to "engage the Government of Zimbabwe and relevant stakeholders to identify possible ways in which South Africa can assist Zimbabwe", “following recent reports of difficulties that the Republic of Zimbabwe is experiencing.”

It should be recalled that in 2008 Sydney Mufamadi, then Minister of Provincial and Local Government, supported President Thabo Mbeki for a working visit to Zimbabwe to interact with members of the Zimbabwean political leadership including the ZANU-PF and the Movement for Democratic Change (MDC). This process assisted in forging a unity government, which created a false dawn, and ultimately failed to foster democracy and respect for human rights beyond its five year span. President Mbeki’s unsuccessful “quiet diplomacy” towards his counterpart in Zimbabwe, Robert Mugabe, was one of the factors foregrounded in the  removal of Robert Mugabe.

Human rights abuses, disregard for rule of law and restrictions on civic space in Zimbabwe

When Zimbabwe’s current President, Mnangagwa took over power in 2017, he promised to depart from past grave human rights violations.  Until the July 2018 elections, the state respected people’s civil and political rights. After the disputed election results were announced, the state regressed and launched an onslaught against human rights. The killings of civilians, on 1 August 2018, are emblematic of the culture of violence all too often perpetrated by members of the security sector including military personnel and the police. Despite recommendations by the Motlanthe Commission, investigations into the killings have not been conducted and no one has been held responsible for the killings and other violations of human rights perpetrated by state actors on citizens. Additionally,, the victims of the violence and family members of the deceased are yet to be compensated.

In January 2019, when Zimbabweans protested against unprecedented fuel price hikes, the state once again responded by deploying armed police and military personnel to quell the mass protests. Over 16 people were killed, several people were tortured, hundreds of people were arrested, and some women were raped. Once again, those responsible for the killings have not been held accountable and compensation remains a pipe dream for victims. During the protests, the government also imposed an internet shutdown, a widely condemned practice which has no place in a democratic state.

In order to continue its onslaught on human rights,   the state moved on to close up civil society space and designed strategies to compromise and decimate the opposition political parties, rolling back the gains of democracy over the past years. Many activists have been abducted, arbitrarily arrested and tortured as a strategy to silence them. Recently, a journalist, Hopewell Chin’ono and opposition party leader, Jacob Ngarivhume were arrested on 20 July 2020 after speaking out against corruption and other issues relating to bad governance in Zimbabwe. These arrests have taken place against the background of numerous other serious restrictions on freedoms of speech, expression, assembly and association in Zimbabwe. In response to the widely publicised deteriorating human rights situation in Zimbabwe with a #ZimbabweanLivesMatter hashtag on social media, President Mnangagwa issued a statement in which he labelled those calling for accountability as terrorists.

When civil society, journalists, human rights defenders and opposition political party activists called for a demonstration against corruption on 31 July 2020, the state imposed a curfew, ordering all unemployed people to stay at home, cordoned off all city centres and deployed armed police and military personnel under the pretext of enforcing COVID-19 regulations. The state targeted government critics, and several people were arrested before and after 31 July.

The alleged organisers of the July protests, Hopewell Chin’ono and Jacob Ngarivhume have remained in prison since their arrest on 20 July. On 6 August, High Court Judge Tawanda Chitapi dismissed Hopewell’s appeal against the denial of bail by the magistrates’ court. The judge was unhappy that Hopewell and his lawyer had attacked judges for lack of judicial independence. Several activists have stated that the judiciary is compromised after government officials, including judges, were alleged to have benefitted from unpaid farm mechanisation central bank loans granted in 2008.

On 4 August 2020, the Cabinet issued a statement that it will draft a code of conduct for political parties and criminalise any form of campaigning against the state. If implemented, such a policy would stifle any call for accountability and erode the tenets of constitutional democracy.

The Zimbabwean government’s disregard for human rights has continued even after the African Commission on Human and Peoples’ Rights through the office under the auspices of the Special Rapporteur on Freedom of Expression and Access to Information issued an appeal to the Zimbabwean government to respect and abide by its human rights obligations under the African Charter and other international instruments.

As it engages with the Zimbabwean government, the South African government must take into account the deteriorating human rights situation in Zimbabwe, and call on its neighbour to respect human rights, rule of law, principles of democracy and allow journalists, lawyers and human rights defenders, in general, to do their work without fear of political reprisals.

Corruption and non-realisation of socio-economic rights

The authorities in Zimbabwe have failed to effectively deal with corruption and to hold accountable those responsible for abuse of office and corrupt activities. There have been many corruption scandals in Zimbabwe since the early 1980s and in most of these cases, the culprits have not been held accountable through effective criminal prosecutions and the reimbursement of stolen funds.

The lack of accountability for corrupt practises has led to the entrenchment of impunity for economic crimes. The result of this impunity is that politically connected people have looted state resources that could have been channelled towards socio-economic development and the improvement of social service delivery. Consequently, the state has failed to meet its obligations under the International Covenant on Economic, Social and Cultural Rights to which Zimbabwe is a state party. For instance, due to economic mismanagement and corruption, about 8 million Zimbabweans are facing starvation in the year 2020.. This dire food insecurity crisis has of course been exacerbated by the climate crisis and the COVID-19 crisis. Another example of state failure is the fact that around 80% of Zimbabweans are in the informal economy and their livelihoods have been acutely affected since the declaration of a state of disaster in March 2020.

The state does not have a comprehensive social security scheme to cushion the harsh effect of the economy on victims of unemployment, climate disasters such as Cyclone Idai and address vulnerabilities of disadvantaged groups such as persons with disabilities. The National Social Security Authority has itself been hard hit by endemic corruption and corporate mis-governance. The energy sector institutions, Zimbabwe Electricity Supply Authority (ZESA) and the Zimbabwe Energy Regulatory Authority continue to struggle to make fuel and electricity available. The corruption and abuse of office in ZESA has not been effectively addressed, with only a few people held to account. The local council and relevant government ministries have also failed to provide adequate housing and water to the people of Zimbabwe. The water in the capital city, Harare is not fit for human consumption. Many citizens who cannot afford boreholes face challenges in accessing clean water. Over one year after Cyclone Idai, the homeless victims are still living in tents put up by the Red Cross Society and the United Nations High Commissioner for Refugees (UNHCR).

The healthcare system in Zimbabwe has largely collapsed and senior doctors have downed tools for lack of a living wage and unsafe working conditions. The state cannot provide PPE, essential medicines and has failed to pay medical personnel decent salaries. This is the reason why the nurses have currently been on strike for 48 days.

The Zimbabwean government must ensure good governance, integrity, transparency and accountability in all government, quasi-government institutions, and the private sector, so as to achieve socio-economic development and realise economic, social and cultural rights for all Zimbabweans. South Africa and other countries would not have to play the role of hosting and taking care of the millions of Zimbabwean economic migrants in search of decent and dignified livelihoods if the state had effectively dealt with corruption and ensured social service delivery.

Based on the above stated, the Centre for Human Rights calls on President Ramaphosa to urge the government of Zimbabwe to address the deteriorating human rights situation in Zimbabwe by: 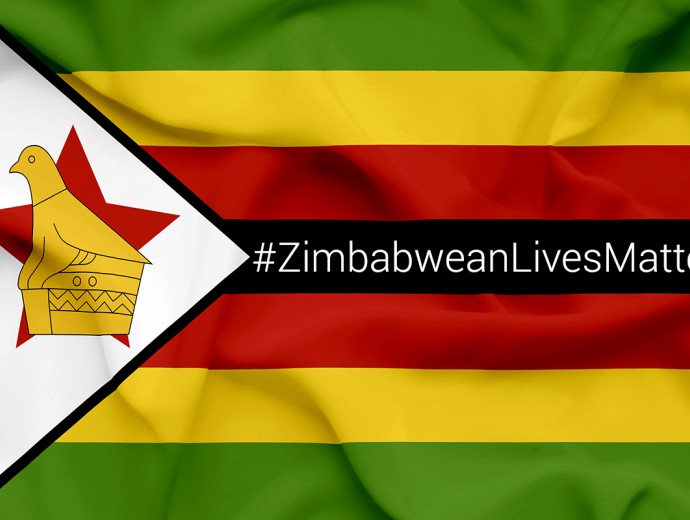