The Centre for Human Rights welcomes the news that the legislature of the Gabonese Republic (‘Gabon’) has voted to pass a landmark bill to decriminalise homosexuality in the country. The amendment removes an ‘offence against morality’ provision in the Penal Code which prohibits ‘sexual relations between persons of the same sex’, stipulating up to six months in prison and a fine of five million CFA francs (about US$8,600) for anyone found guilty.

On 23 June 2020, the Gabonese lower house of parliament passed the amendment removing this provision and on 29 June 2020, the upper house also passed the amendment. Prime Minister Julien Nkoghe Bekale expressed his support on social media, noting ‘As I am against the death penalty, I am also against the stigmatisation of homosexuals. Congratulations to the parliamentarians for having changed mentalities and being able to adapt to the times,’ The president of the country, President Ali Bongo Ondimba, is expected to sign the Bill and effectively decriminalise homosexuality in the Central African country.

Gabon is a state party to the African Charter on Human and Peoples’ Rights (the African Charter), having ratified it on 26 June 1986. Articles 2 and 3 of the African Charter provide for the equal protection under law of the enjoyment of the rights and freedoms recognised and guaranteed in the African Charter without distinction of any kind. It is, therefore, fitting that the parliament of Gabon has moved to decriminalise same-sex sexual practices which contribute to the stigma and negative social attitudes experienced by lesbian, gay, bisexual, transgendered and intersex (LGBTIQ+) communities. Similarly, this decriminalisation also moves Gabon towards fulfilling its state obligations under Resolution 275 of the African Commission on Human and Peoples’ Rights (‘African Commission’) which condemns violence and other human rights violations, including arbitrary imprisonment and other forms of state persecution, of persons on the basis of their imputed or real sexual orientation or gender identity.

Homosexuality is widely criminalised in sub-Saharan Africa, with more than half of its countries banning or repressing homosexual relations and, in a few places, with the threat of the death penalty. The principle of equality under the law and protection of the law requires equality under both the procedural aspects of implementing laws and the substantive content of the law. Laws must not be unfairly discriminatory towards one group of people, subjecting them to stigmatising attitudes, prejudice, and vulnerability to violence and degrading treatment. Across Africa, LGBTIQ+ persons continue to experience discrimination based on the law, including in the provision of health and other social services.

However, over the last years, a trend toward decriminalisation has emerged in sub-Saharan Africa. Gabon has joined other countries in Africa that have decriminalised LGBTIQ+ persons, in accordance with the state obligation to protect, promote and fulfil human rights for all persons. It should be noted that a number of countries in this region never criminalised same-sex conduct.

We, therefore, call on other African states that still criminalise same-sex relations to follow the example of African states such as South Africa, Angola, Seychelles, Mozambique, Cape Verde, Malawi, Botswana and, most recently Gabon, that have judicially overturned or directly decriminalised the penalisation of consensual same-sex sexual acts by adults, and the example of Madagascar, Congo, Central Africa Republic, Equatorial Guinea, Mali, Burundi, Cote d’Ivoire, and Rwanda, where same-sex sexual acts by adults in private have never been criminalised;

We urge all African states to: 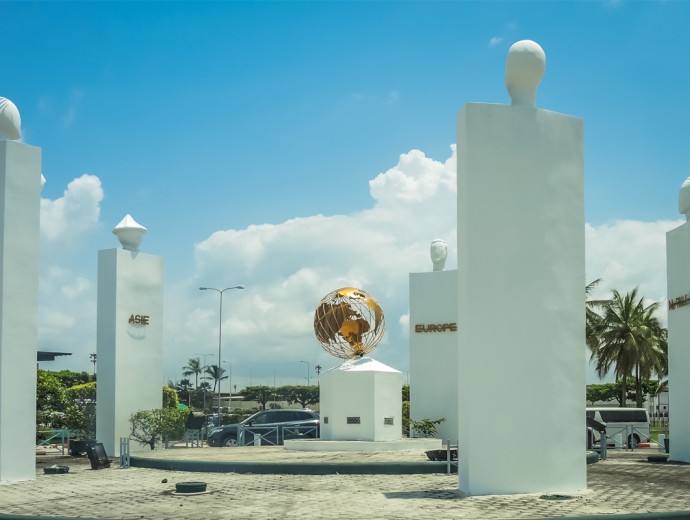