University of Pretoria (UP) law student Khanya Thamae describes himself as introverted, but the moment he steps onto a judo mat, everything changes.

Thamae’s transformation, when he competes or spars, is complete. Seeing him in action makes it hard to believe he’s a shy youngster who often battles to adequately express himself with words.

According to Thamae, who was victorious at the recent National Trials and National Ranking Tournament, he feels truly alive when he is on a judo mat.

"I am an introvert, which means most people don't really get to know me. Somehow, when I am doing judo, it’s as if something in me changes. That is when I get to express myself freely. People can see what I am all about. I absolutely love the freedom judo gives me."

Thamae readily admits there’s still a lot he has to learn before he gets to compete to the best of his ability. Luckily, he believes in patience being a virtue. That’s why he’s set his sights on the 2024 Olympics.

"That is when I hope to be at my best. One of the things I definitely need to work on is my nerves. When I compete internationally, I still tend to doubt my abilities. If you want to be a real champion, you cannot afford to do so. Currently, my best quality as a judoka is my speed," explains Thamae, who mostly competes in the under-60kg category.

He considers winning a bronze medal during a tournament in Botswana last year as a big highlight, along with getting to compete for the first time at the African Championships in 2018.

The Tuks judoka ascribes starting the New Year on a winning note to his coach Nikola Filipov’s passion.

"Some might perceive 'Coach' to be harsh, even rude. That is because of his no-nonsense approach. When he’s not happy with the way you’re executing a specific technique, or he feels that you lack commitment, he will tell you straight out. I appreciate such honesty.

"To have him at tournaments helps a lot because 'Coach' is truly a master tactician. He can suss out any opponent's strong points and weaknesses quickly, and there is always a plan to counter. It gives you confidence." 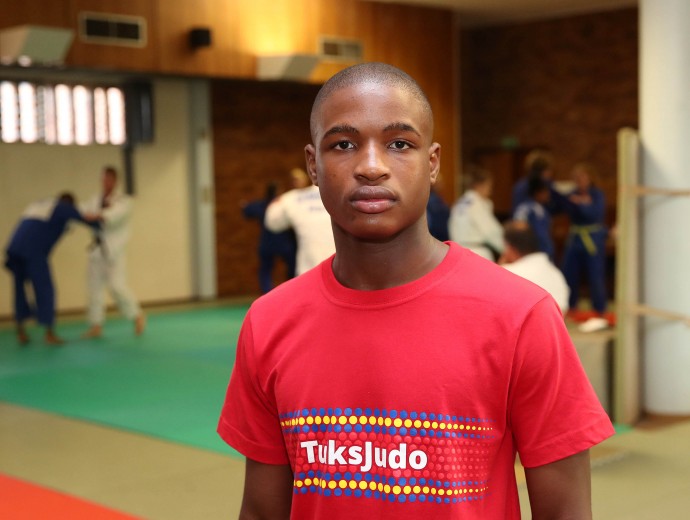