Reflections on the trajectory of democracy in Africa

As the World Commemorated World Democracy Day on 15 September 2019, the Centre for Human Rights reflects on the wobbly democracy trajectory on the African continent and reiterate on the observation by the late Kofi Annan that: “no one is born a good citizen; no nation is born a democracy. Rather, both are processes that continue to evolve over a lifetime.”

Despite the growing support for democracy, safeguarding and sustaining it in the future remains a challenge. The current democratic space is characterised by violence in the electoral process, corruption, vote-rigging, clampdown on the opposition, weak institutions, the growth of authoritarian leaders and the silencing of dissenting voices, especially those of civil society.

As part of ongoing dialogues on the democratic situation in Africa, the Kofi Anna Foundation, the Nelson Mandela School of Public Governance and the United Nations Democracy Fund organised a conference under the theme “Democracy in Central and Southern Africa: The Road Ahead”, on 4 and 5 September 2019 in Cape Town. The conference was attended by representatives from civil society organisations (CSOs), academia, media, political parties and other stakeholders. The Centre’s Democracy, Transparency and Digital Rights (DTDR) Unit participated in the conference.

Bonolo Magkale of the DTDR Unit participated in the panel “The Role of Civil Society in Democratic Governance”. The panel discussion explored the potential for collaboration and also reflected on the challenges in this context. Bonolo explained the initiative by the in collaboration with the Pan-African Parliament (PAP) to establish a civil society coalition to address human rights and governance issues on the continent.  The initiative is a realisation that civil society plays a critical role on the work of continental bodies such as PAP. The panel was made up of civil society experts in Africa: Brian Kagoro the Founder and Executive Director of UHAI Africa Group, a governance and development consulting firm with operations in Johannesburg, Harare and Nairobi and Mark Heywood, Former Executive Director, Section 27.

Hlengiwe Dube, also from the Centre’s DTDR Unit participated in the panel on digital governance in Africa. The panel focused on the challenges of conducting free and fair elections in the digital age. Hlengiwe spoke about access to information and privacy in the context of elections in Africa. She made reference to the Guidelines on Access to Information and Elections in Africa, a standard-setting document that seeks to guide state parties to the African Charter on Human and Peoples’ Rights on the information that stakeholders in the electoral process need to proactively disclose before, during and after elections. She also spoke about elections in the digital age, particularly the need to balance access to information and the right to privacy. The issue of identity biometrics and privacy without adequate protections have become topical, particularly the issue of the voter’s roll being in the public domain. Commissioner Mosotho Moepya (South African Independent Electoral Commission) spoke about the impact of the digital technologies to the electoral landscape. He particularly singled out the challenge of misinformation and articulated the ways in which other jurisdictions have tackled this challenge. The role of social media and social networking, digital literacy, the digital divide, universal access to the internet, surveillance and the cost of elections in the digital era, were some of the issues that came under the spotlight during this panel. Some of the recommendations that came out of this conference include:

Such platforms of engagement are part of the Centre for Human Rights’ advocacy work on promoting the promotion and protection of human rights and contributing to the agenda on good governance on the continent. 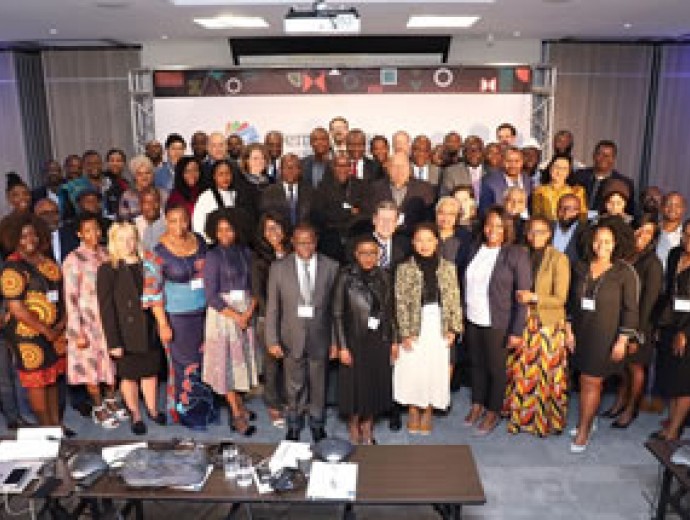