The Centre for Human Rights (the Centre), University of Pretoria, fully supports the campaign by the South African Department of Sports and Recreation, against the enforcement of the International Association of Athletics Federations (IAAF) regulations against hyper-androgenic women in sports. This follows an appeal against the regulations made to the Court of Arbitration for Sport (CAS) by Olympic champion Caster Semenya and Athletics South Africa (ASA). The appeal, which is before the CAS, will be concluded on 29 March 2019. The regulations violate the right to bodily autonomy, physical integrity, freedom from non-discrimination and other bioethical considerations.

Hyper-androgynism is defined as a medical condition characterised by excessive levels of androgens or ‘male’ sex hormones, such as testosterone, in the body of a female. Caster Semenya is one of the few elite female athletes targeted by the regulations, which seek to reduce female athletes’ testosterone hormones to ‘acceptable female levels’ through medical interventions. Surprisingly, the regulations are only targeting the 400, 800 and 1500 metre events which are Caster Semenya’s specialisation. However, the IAAF argues that it has ‘scientific’ evidence to prove that hyper-androgenic women have an unfair advantage over other females athletes in those particular events.

In a statement dated 18 February 2019, the IAAF justified the exclusion of hyperandrogenic women by saying the following: ‘…the female category in sport is a protected category. For it to serve its purposes, which include providing females opportunities equal to males, it must have eligibility standards that ensure that athletes who identify as female but have testes, and testosterone levels in the male range, at least drop their testosterone levels into the female range in order to compete at the elite level in the female classification. This standard is necessary to ensure fair competition for all women. Indeed, without it, we risk losing the next generation of female athletes, since they will see no path to success in our sport.’

Further, article 6 of the Universal Declaration on Bioethics and Human Rights states that ‘any preventive, diagnostic and therapeutic medical intervention is only to be carried out with the prior, free and informed consent of the person concerned, based on adequate information.’

The discriminatory regulations are very unfortunate as they come at a time when there is a growing global campaign for greater understanding of intersex bodies. The regulations entrench the violation of the right to bodily autonomy, physical integrity and freedom from non-discrimination. Women should be allowed to make decisions about their sexual and reproductive health rights free of coercion. Rather than making sporting more inclusive or accommodative, the regulations coerce hyper-androgenic women to conform to societal standards of male or female.

In light of the above, the Centre supports and commends the campaign by the South African Department of Sports and Recreation against the discriminatory IAAF regulations. We encourage other governments and sporting associations in Africa and beyond to join and support the call by the government of South Africa to ensure an inclusive and non-discriminatory sporting environment. Lastly, we encourage civil society organisations and other pressure groups in Africa to advocate for law reform that would ensure that the rights of hyperandrogenic women and other intersex bodies are protected in sport and other spheres of life. 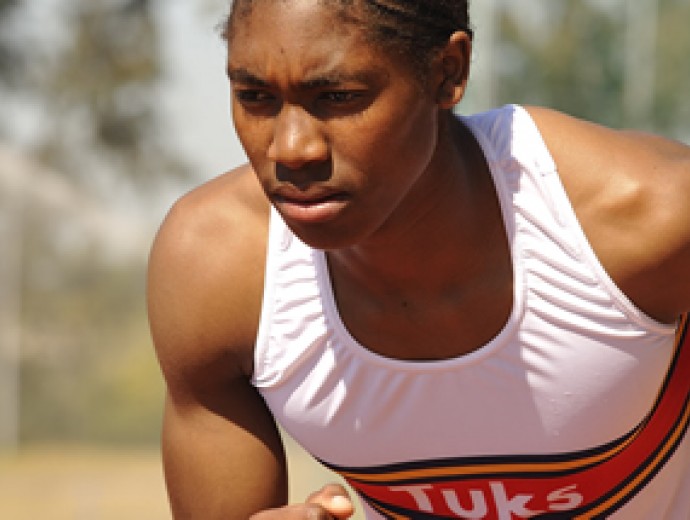