Compared to his predecessors in the post-1994 era, Chief Justices Chaskalson, Langa and Ngcobo, whose appointments reflected their considerable academic and intellectual stature, established by illustrious careers prior to or as members of the Court, the basis for Justice Mogoeng’s nomination is startlingly unclear. There is in our view a lack of evidence to assure South Africans that the best possible candidate has been nominated to serve as our Chief Justice – a position that he will hold, if appointed, for the next decade.

Once again, the possibility to ensure gender transformation in the highest judicial position was not realised. Questions may again be raised about the President’s commitment to gender equality under the South African Constitution and in terms of our international obligations under for example the UN Convention on the Elimination of all Forms of Discrimination against Women and the Protocol to the African Charter on the Rights of Women in Africa. In 2009, President Zuma filled only one of the four vacancies with a female candidate, resulting in a Constitutional Court with only two women on a bench of eleven judges. One would have thought that overlooking potential female candidates would have necessitated the assertion of at least some clear and persuasive reasons. If Justice Mogoeng is confirmed, another opportunity for gender transformation at this level will only present itself after ten years.

In his substantiating statement, the President mentions Justice Mogoeng’s expertise and keen interest’ in the ‘transformation of the judiciary’ and in promoting access to justice. Even in these areas, the actual evidence of his role in judicial transformation is limited. While these issues are no doubt important for this appointment, it is not clear what weight, if any, has been attached to Justice Mogoeng’s ability to play an intellectual leadership role as far as the Court’s adjudicatory role is concerned. Justice Mogoeng was appointed to the Constitutional Court only in October 2009, making him one of the four most junior members of the Court. His elevation to the position as head of the South African judiciary comes above that of the sitting Deputy Chief Justice, and more experienced members of the Constitutional Court and other courts. Overlooking the Deputy Chief Justice may arguably have been acceptable if an equally senior judge or a female judge was nominated. Failure to do so at the very least deserves an explanation. The overlooking of the most senior judge on the highest court for the position of Chief Justice has an unfortunate precedent in South Africa’s less illustrious past: Both in 1957 and 1959, Justice Oliver Schreiner, the Deputy Chief Justice at the time, was overlooked in favour of more junior candidates more closely aligned to the government of the day.

The available evidence leaves one pondering why Justice Mogoeng has been selected, above other candidates with better credentials, to serve as the country’s Chief Justice. At the time of his appointment, in 2009, concerns were raised about his lack of experience in constitutional matters. Since his appointment, he has done little to ameliorate these concerns. In almost two years, he has only written the Court’s majority judgment in four – relatively uncontroversial cases (Malachi v Cape Dance Academy (24 August 2010); Viking Pony Africa Pumps v Hidro-Tech Systems (23 November 2010);Betlane v Shelly Court (24 November 2010); and Minister for Safety and Security v Van der Merwe (7 June 2011)).  His first judgment was delivered on 24 August, about ten months after taking his seat as Constitutional Court judge. Even if this load is similar to that of other Judges on the Court, the point is that Justice Mogoeng lacks constitutional experience as demonstrated in reasoned judgments. He has also written dissenting judgments in three cases. In his most notable dissent (Le Roux v Dey), Justice Mogoeng disagreed with the majority but did not disclose the basis of his disagreement, deviating from a long-standing tradition of articulating disagreement in a separate opinion.  Justice Mogoeng also wrote minority opinions in the Glenister case, upholding legislation abolishing the Scorpions, and in the McBride case (The Citizen v McBride), finding that The Citizen, acting maliciously, impaired Robert McBride’s dignity.

Surprise and lack of persuasive substantiation breed suspicion. The obvious question is: Why was the obvious or any of the other more experienced candidates not selected? If he is appointed, it will be up to Justice Mogoeng to dispel any perception or suggestion that his unexpected appointment signals an attempt at executive corrosion of the independence of the judiciary.

The President need not heed any misgivings expressed about the basis and lack of convincing reasons for his choice. However, he should at least seriously consider the views of opposition leaders and especially the Judicial Service Commission (JSC). When it interviews the nominee, the JSC should not engage in a deferential process or formulaic exercise, but should pose incisive and probing questions. An overly respectful approach may understandably have been followed in the past, given the rather impeccable credentials of the nominees for Chief Justice on those occasions.  We therefore encourage the JSC to consider the gravity of its role, conscious that the appointment of a Chief Justice should not, in the first place,  serve the interest of an incumbent government (or President), but that of the state as a whole. 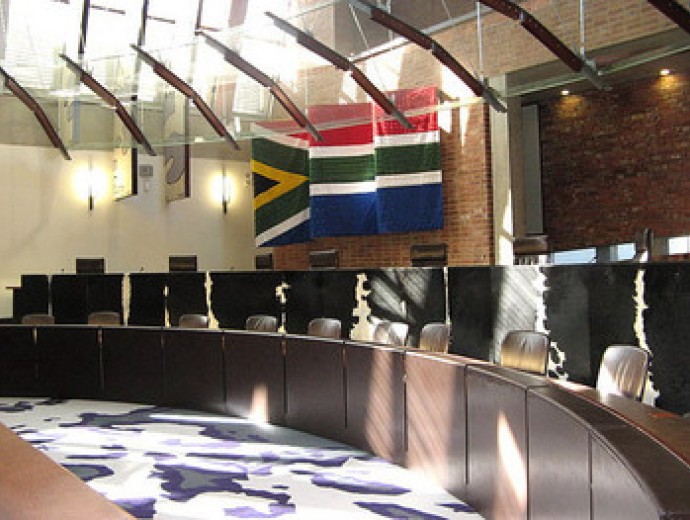