Wiehan Rudolph, a master’s student in Analytical and Natural Product Chemistry at the University of Pretoria (UP), has recently been awarded the James Moir Medal. The South African Chemical Institute (SACI) annually awards this medal to the best BSc Honours student in Chemistry at each tertiary institution in the country. To be eligible for the award students must have achieved a minimum final pass mark of 75%.

According to Rudolph, who is doing his MSc under the supervision of Dr Tim Laurens and Professor Vinesh Maharaj from the Department of Chemistry, “It is a great honour for me to receive this award. It gives me great joy to know that I am considered by SACI to be a top-tier student. This award inspires me to continue my endeavours toward completing my postgraduate studies to the utmost of my ability. I wish to thank SACI and all those that have made this award and my receiving it a reality.”

His master’s research project focuses on poisonous plants which have found great importance in medicine over the centuries. According to Rudolph, “They have also made their mark in agriculture as a common cause of death in livestock. Inappropriate use of these plants, intentionally or not, has also caused many fatalities in humans. Confirming this to be the cause of death in an individual or an animal, however, proves to be difficult. Linking observed symptoms to the possibility of poisoning with plants is not always possible as physicians rely on the information of the patient’s possible consumption of poisonous plants. In the case of livestock, stomach contents and organ tissue need to be examined to confirm ingestion of the plant.”

He further explains that “the research will focus on developing a single, validated, analytical method for the detection of plant-based toxins in body fluids, such as blood and urine, based on mass-spectrometric analysis. Such a method will improve the diagnostic ability of hospitals and veterinarians when they are confronted with cases of poisoning, since rapid, accurate diagnosis of poisoning is vital. Accurate and reliable concentration assessments of poisons in both humans and animals are of vital importance to establish a more definitive cause of illness or death.”

Rudolph also completed a mentorship programme under the supervision of Dr JB Laurens at the Enterprises UP Forensic Toxicology Laboratory. He was also a laboratory demonstrator at the UP-SUNCOI (UP-Stellenbosch University Community Outreach Initiative) event in 2018 and 2019 under the supervision of Professor Marilé Landman at UP’s Chemistry department. 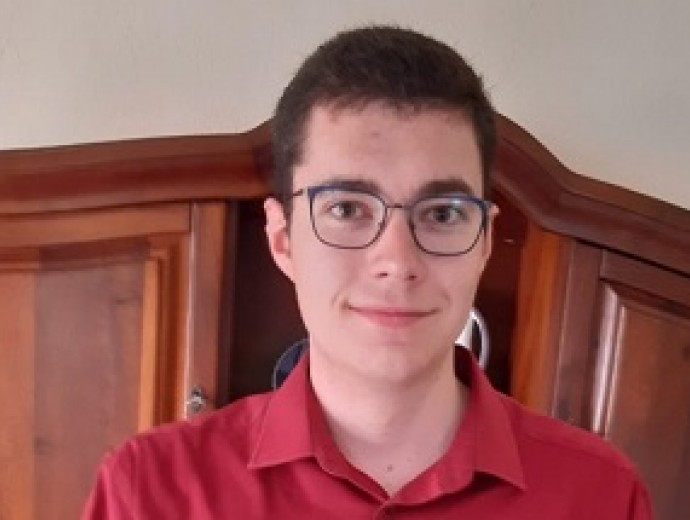