New compounds show promise for the treatment of tuberculosis

TB is a prevalent infectious disease with high morbidity and mortality rates worldwide. The disease is caused by an airborne bacterium (Mycobacterium tuberculosis) that usually affects the lungs, but can also affect other organs in the body. Not all people infected with the bacterium will present symptoms or even feel sick, as the bacteria are only present in very small numbers in their bodies — a situation that is usually maintained by the patient’s immune system. This is known as latent TB and patients who test positive for this form of the disease are not infectious and cannot transmit the bacterium to other people. It is however important to note that, although the majority of people who test positive for latent TB never become sick, statistics show that if left untreated, 5 to 10% of these patients will become sick at some point in their lives. On the other side of the spectrum some people become sick soon after becoming infected, in other words, before their immune system has had a chance to fight the bacteria. Other people don’t get sick at first but only years later when their immune system becomes compromised for some reason, such as HIV infection or other health problems. Some groups, like infants and children under the age of four and the elderly, also run a higher risk of becoming ill soon after being infected. When this happens, we refer to the condition as active TB or TB disease.

South Africa has the third highest incidence of TB in the world, with World Health Organisation’s statistics estimating TB incidence at 450 000 active cases in 2013. This means that approximately 1% of the country’s population of around 50 million people develop active TB disease each year. This places a tremendous burden on the country’s health care system as treatment usually consists of a combination of medicines that must be taken for a long period of time. Some of these medicines have severe side effects that often cause patients to stop treatment before they are cured. The problem is further compounded by the increasing incidence of drug resistant TB, including multi-drug resistant TB, extensive drug resistant TB and most recently, total drug resistant TB. (If someone has some form of drug resistant TB it means that the medicine that is used to treat the condition won’t work on them.)

According to Prof Pillay and Dr Islam, there are still no effective drugs available on the market for the therapeutic treatment of drug resistant TB, although there are currently a few newer treatments in the clinical trial phase. Previous research which indicated that inhibitors of DNA gyrase (a bacterial enzyme that catalyses the breaking and re-joining of bonds linking adjacent nucleotides in circular DNA) were effective against non-replicating, persistent mycobacteria — a process that is crucial in reducing the time for TB therapy — prompted the team to investigate the use of this enzyme as a potential target for the development of more potent and safer drug compounds.

The team started by collecting a set of 248 compounds belonging to the class of DNA GyrB inhibitors (a sub-unit of DNA gyrase which could act as a receptor molecule for the development of potential inhibitors for TB) from the existing literature. In order to develop and subsequently validate a pharmacophore model, which is a part of a molecular structure that is responsible for a particular biological or pharmacological interaction that it undergoes, the molecular data set was randomly distributed into training and test set compounds. The entire data set was then classified into highly active, moderately active and least active compounds based on their inhibitory activity values. Following this, the training set molecules were converted into 3D structures using a specialised software programme to allow for the creation of conformations (combinations of molecules whereby the spatial arrangements between the atoms in a molecule may adopt and freely convert) that would allow the team to search for favourable features in the most highly active compounds in the data set.

After a rigorous process of testing, elimination, analysis and validation, the researchers were eventually able to select the three most active molecules which they then subjected to even more testing to explore further desirable characteristics. These tests revealed that two of the three final compounds could be promising inhibitors to be used in the creation of medicines for the treatment of TB, while the third compound would require some modification to achieve the goal. Prof Pillay and Dr Islam however cautions that further confirmation will require in vitro experimental validation.

Prof Pillay and Dr Islam’s research was funded by the National Research Foundation and published in the journal Chemical Biology and Drug Design. Click here for the journal article. 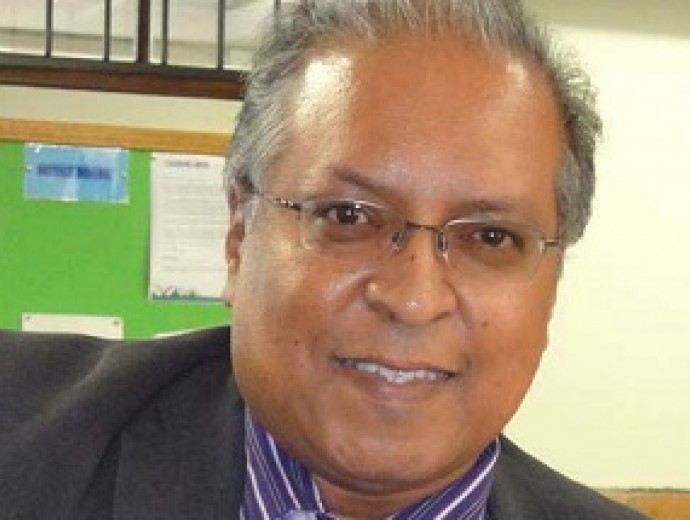