South Africa has enormous untapped renewable supplies of solar energy, on par with the best in the world, in large, low-populated areas. Furthermore, a recent study carried out jointly by CSIR, SANEDI, Eskom and the Fraunhofer IWES in Germany concluded that geographically averaged wind energy in South Africa is ideally complementary in its cyclic availability to solar energy for places connected to the national electricity grid so that up to 50% of the country’s electrical power demand can be satisfied without further storage options than are currently available. However, a large fraction of the population in sub-Saharan Africa is still not connected to an electricity grid, and for such off-grid situations as well as for mobile applications energy storage is indispensable.

A workshop on Solar Fuel and Energy Storage, was held on 6/7 October in Pretoria. It was organised and supported by a Swiss – South African Joint Research Programme (SSAJRP), funded by the South African NRF and the Swiss National Science Foundation, in which two groups from the Departments of Chemistry and of Physics from UP were engaged in collaboration with the group of Dr. Artur Braun from Empa in Switzerland with a project on the Production of Liquid Solar Fuels from CO2 and Water Using Renewable Energy Resources. The workshop represented the closing event of a successful three-year funding period. The program of 21 lectures by local and international experts and students attracted close to 50 attendees who engaged with interest in the potential and implications of a transition to a renewable energy future, with a special focus on the South African situation. 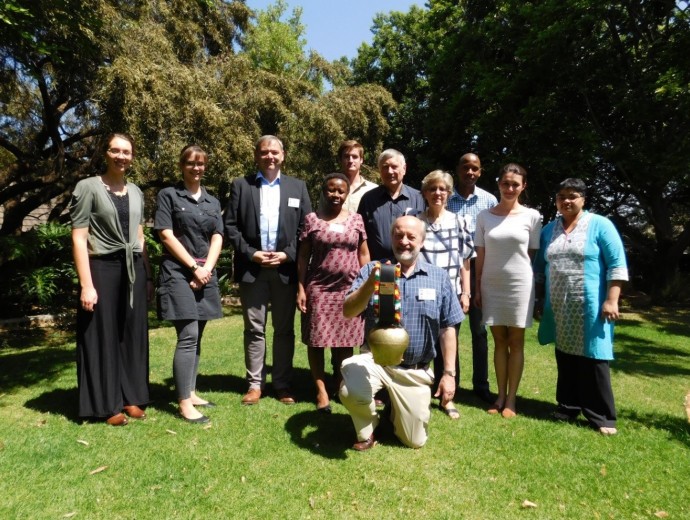