Saying 'goodbye' to malaria for good

World Malaria Day is celebrated annually on 25 April, but according to Prof Tiaan de Jager, Director of the Medical Research Council and University of Pretoria Centre for Sustainable Malaria Control (MRC & UP CSMC), every day is Malaria Day for his team of researchers who continuously work to keep up the fight against this killer disease.

From humble beginnings in 2011, the Centre has transformed itself from a small group of individual UP researchers focusing on malaria, to a group of almost 60 staff members from seven faculties at the University who collaborate internally, nationally and internationally on malaria-related projects and activities. The Centre is host to the SARChI Research Chair in Sustainable Malaria Control, with Prof Lyn-Marie Birkholtz as the incumbent. The Centre was also awarded MRC Collaborating Centre for Malaria Research status, with Prof de Jager as Director, in October 2014.

Today the MRC & UP CSMC is one of the leaders in malaria research in Southern Africa, and is known for its unique, integrated focus on malaria parasite biology, functional genomics, drug-discovery efforts and innovative mosquito control strategies, as well as public health management and community engagement activities. The Centre has pioneered research on a range of methods for sustainable malaria control – from the biochemical and the biological, to the chemical and the physical, and current research and collaborative efforts are focused on how these methods can best be managed at trans-disciplinary level. Community involvement and education are addressed as part of health promotion strategies and there is a commitment to bring about a change in affected communities’ behaviour towards malaria through various community outreach programmes.

Malaria is endemic in three provinces in South Africa (Limpopo, Mpumalanga and KwaZulu-Natal). This however, by no means excludes Malaria cases for the other, non-endemic provinces in the country. In fact, although the disease is not endemic in Gauteng, this province is classified as one of the high-incidence malaria areas in South Africa, with most of the reported cases occurring in the Ekurhuleni, Johannesburg and West Rand Districts.

Approximately 10% (5,1 million) of the country’s population live in areas where there is a higher risk of contracting malaria. The number of malaria cases have steadily declined between 2000 and 2011, reducing the national incidence of the disease from 11,1 to 2,1 total malaria cases per 1 000 of the population at risk. In 2010/11, the incidence rate for local and unclassified cases (ie excluding imported cases) was 0,87 per 1 000 of the population at risk.

As South Africa shares borders with countries that have high malaria transmission burdens and poor malaria control strategies, insecticide-resistant mosquitoes and/or drug-resistant parasites that can cause outbreaks, can potentially be imported into South Africa. Imported malaria cases currently constitute 63% of the total number of cases reported, with some provinces (eg Mpumalanga) having an importation rate exceeding 80%. This threat is evidenced by the fact that the overwhelming majority of reported cases in the non-endemic areas involve citizens of other African nationalities who had travelled to South Africa in search of employment. Sadly, because many of these migrants are in the country illegally, they are often reluctant to seek medical attention when they become ill, which results in delayed diagnosis and treatment and consequently in a high mortality rate.

In an effort to address this problem, the MRC & UP CSMC also has a number of cross-border research initiatives in place. The most recent of these is a collaboration agreement with the Goodbye Malaria Foundation initiative at Namaacha in Maputo Province in southern Mozambique. On Wednesday, 20 April 2016, the MRC & UP CSMC, represented by Prof de Jager, and Goodbye Malaria, represented by Mr Sherwin Charles (CEO and co-founder of Goodbye Malaria), signed a Memorandum of Understanding (MOU) to establish a Research Centre of Excellence with the aim of collaborating on research towards the elimination of malaria in southern Mozambique and South Africa.

Goodbye Malaria began as a dream of successful South African entrepreneur Robert Brozin, co-founder of the Nando’s food chain. The idea for the project came about when Mr Brozin travelled across the African continent with the well-known humanitarian adventurer, Kingsley Holgate, and saw first-hand the devastating effect that this completely preventable and treatable disease has on especially children across the continent. What sets Goodbye Malaria apart from other similar malaria programmes is the fact that it harnesses the creative problem-solving potential of Africa’s people, while creating employment opportunities in the affected communities. This initiative helps to raise funds through the sale of a range of unique Goodbye Malaria products, such as bracelets, soft toys and clothing. The funds raised go directly towards supporting on-the-ground malaria elimination programmes in Mozambique, which include indoor residual spraying (IRS) of houses and the provision of mosquito nets to protect families against contracting the disease. The foundation also seeks to inspire people to join the fight against malaria by educating them and making them realise that the disease can indeed be eliminated.

Mozambique is one of the poorest developing countries and has one of the highest malaria case-loads in the world. Unfortunately there is a continuous cross-border spill-over of infection into South Africa. As part of the collaboration between the MRC & UP CSMC and Goodbye Malaria, a research platform will be established at the Namaacha IRS training facility near the border between South Africa, Swaziland and Mozambique, where Goodbye Malaria spray teams undergo IRS training. The current structure in the Namaacha area, which was custom built in the early 2000s in accordance with international guidelines approved by the UN Global Fund, will be upgraded by the Goodbye Malaria initiative. Other partners that will play important roles are the University of Eduardo Mondlane in Maputo and the National Malaria Control Programme in Mozambique. The MRC & UP CSMC will be the implementing and managing partner of the research centre and will be guided by the University of Pretoria’s Gordon Institute of Business Science.

The upgraded facility will have the potential to become a top international research centre and the Namaacha platform will potentially become the hub for all vector-control training for southern Mozambique and Swaziland. It is possible that expertise and assistance will also be provided to South Africa’s Mpumalanga Province. Prof De Jager is very excited about the opportunities that the collaboration between the MRC & UP CSMC and Goodbye Malaria will create for postgraduate students. The research done at the facility is set to help eliminate the disease in southern Mozambique, assist in eliminating it completely in South Africa by preventing cross-border transmission, and establish a sustainable programme for other African countries with similar cross-border issues that are currently preventing them from eliminating malaria. 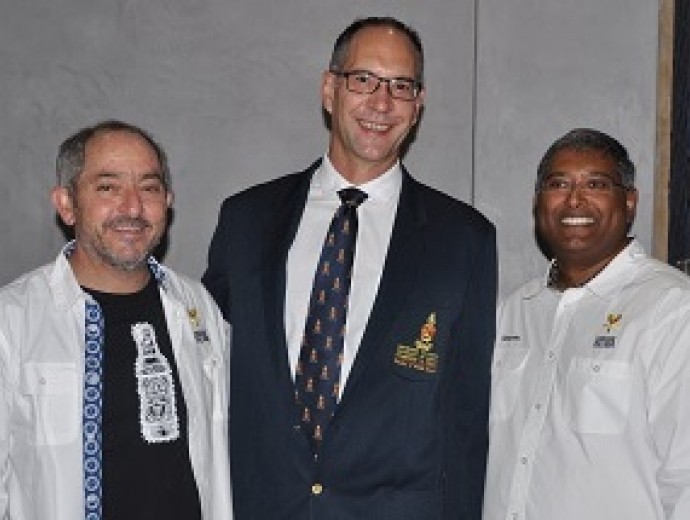