In most medical success stories, one would expect to hear about procedures first being successfully tested on animals before they are applied in the human realm of medicine. However, Prof Marthinus Hartman's breakthrough in the field of veterinary surgery was inspired by specific procedures carried out on humans when, about a decade ago, he became the first veterinary surgeon in South Africa to perform laparoscopic sterilisation on lions. This form of surgery has been so successful that he has since developed the technique and can now also perform single-incision laparoscopic surgery (SILS) on cheetahs and leopards.

The idea of performing laparoscopic surgery on animals developed from Prof Hartman's love for wildlife and his interest in minimally invasive surgery. Since traditional forms of permanent sterilisation of wildlife often result in post-operative complications, he sought methods that would require smaller surgical incisions, would be less painful for the animal and also offer a quicker recovery time.

While he was developing this form of surgery, the outcry against canned lion hunting in South Africa intensified. Canned lion hunting refers to when lions are bred in captivity for the specific purpose of being hunted, which is a highly unethical hunting practice. The public objection to this practice resulted in a reduced market and Hartman, who wanted to ensure that captive lion population numbers were controlled in the best way possible, saw permanent sterilisation as the best solution. Considering the negative aspects of traditional sterilisation, he was inspired by permanent sterilisation techniques used in women and developed two techniques for use on lions, namely laparoscopic ovariectomy and salpingectomy. Laparoscopy is a surgical procedure during which a thin, lighted scope is inserted through a tiny incision in the abdomen to perform surgery. Ovariectomy is the surgical removal of the ovaries and salpingectomy is the surgical cutting of the Fallopian tubes. These techniques made it possible to perform sterilisation by making only a very small incision of between five and ten millimetres, which mitigates post-operative complications.

Hartman strayed from conventional techniques yet again in his laparoscopic technique when he started to conduct procedures that removed only the ovaries. For decades, it was advocated that the uterus (of dogs in particular) must be removed together with the ovaries because of the perception that if the uterus was left behind, it would be predisposed to a condition known as pyometra. Hartman's techniques proved successful and safe without showing any increased negative effects on the uterus compared to other contraceptive techniques. These techniques offered many advantages and the lionesses recovered very quickly. Existing research proved that the levels of glucose and cortisol in the blood are much lower during this form of surgery, which confirmed that this technique places less stress on the lioness' body. (High levels of glucose and cortisol in the blood are indicative of stress in the body.) Surgery time is also significantly shorter than when traditional procedures are performed, with an ovariectomy taking about 67 minutes in adult lionesses and 24 minutes in cheetahs.

Forever trying to improve his surgical technique and reduce the effects on the animal, Hartman began to wonder whether surgeons should be removing the ovaries of wild animals at all. Ovaries produce the hormones oestrogen and progesterone in females and therefore inevitably play a fundamental role in social dynamics and the behaviour of animals. Lions are pride animals that live in groups with a hierarchical structure. If this structure is altered in any way, it could alter the dynamics in the pride, with possible negative effects. Sex hormones play a vital role in establishing and maintaining this structure.

Considering salpingectomy in women, Hartman developed a similar technique for lions by simply cutting the Fallopian tubes and leaving the ovaries in order to retain the hormonal balance. This proved an even quicker procedure, taking about 47 minutes in adult lionesses and 19 minutes in cheetahs. It was also used in leopards with a total surgical time of approximately 30 minutes. Trans-abdominal ultrasound was used during both procedures to examine the reproductive tract and to compare findings with laparoscopic data. Ultrasound is a non-invasive procedure used to investigate the female reproductive organs and was found to be of particular use in cheetahs, where the total ovarian volume can be used to determine whether a female cheetah is in oestrus (in heat).

Hartman explains that the problem of containing wild animals in enclosed areas is that they have to be managed properly, and population control is a key aspect of effective management. This applies to lions on lion farms and in reserves, and also to cheetahs in Namibia with its high numbers of captive populations. There are an estimated 1 600 cheetahs in that country, some of which live in captivity. Recent amendments to Namibian legislation require the permanent sterilisation of all captive female predators, which includes cheetahs. On hearing about Hartman's sterilisation technique for lions, Namibian organisations invited him to conduct a first-ever procedure – laparoscopic surgery performed on cheetahs. He followed the same procedures in these slightly more solitary females and published the findings. Despite the noticeable difference in size – a mature lioness weighs approximately 140 kg and a cheetah only about 33 kg – and the fact that cheetahs also have more slender abdominal walls, there is a strong similarity between the reproductive organs of the two species.

The decision regarding the most appropriate type of laparoscopic technique to use is largely dependent on the form of captivity and the animal's social structure, Hartman explained. The method of population control or contraception needs to be tailored to each individual animal's unique situation, which may vary from being a solitary leopard or cheetah somewhere in a zoo to being a member of a pride of lions in a larger conservation area.

Prof Hartman's research continues and he is now looking at the effects of different types of sterilisation on the uterine health of cheetahs. His findings will reveal whether not removing the ovaries in cheetah poses any risk for the uterus. He suspects that there will be no increased risk.

**Prof Hartman is a specialist veterinary surgeon in the Small Animal Surgery Unit of the Department of Companion Animal Clinical Studies in the Faculty of Veterinary Science at the University of Pretoria. 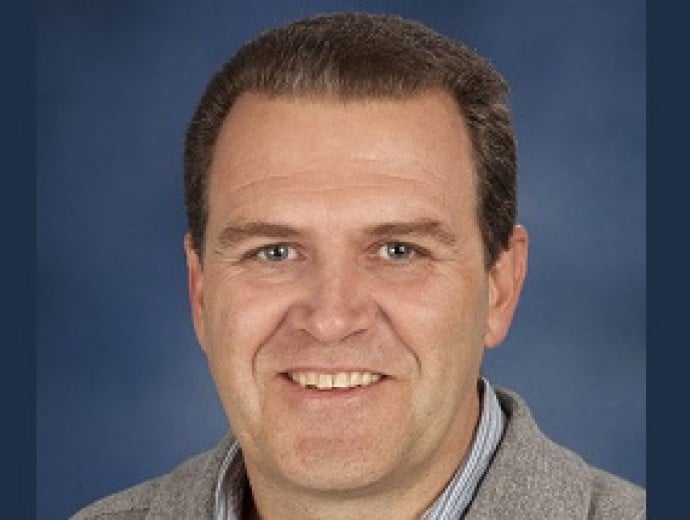