On 8 July 2020 justice was finally served in the Upington magistrate’s court for a young adolescent after 8 years of struggle. The young girl who has cerebral palsy, a severe speech impairment and is unable to read and write fluently was sexually abused as a 7-year-old. The Centre for AAC was approached in 2017, and collaborated with the social worker, advocate and legal team from the National Prosecuting Authority (NPA), and the speech therapists from the local hospital over the course of the last three years The collaboration included an assessment of the young girl, and the procurement and customization of a graphic symbol-based AAC device with Afrikaans synthetic voice output that was suited to her needs. In addition, Prof Juan Bornman trained the legal team on court adaptations for persons using AAC, and Prof Kerstin Tönsing acted as expert witness, arguing for the AAC system to be allowed as a legitimate and independent communication method to deliver a testimony. The young girl received training from the locally based speech therapists in the use of the system, and was able to testify in court using the system in February this year. Her testimony contributed to the conviction of the accused on 8 July. This case is the first during which an AAC system of this nature was allowed to be used to give testimony in the sexual offences court. The case is hoped to set a legal precedent that will underline the role of AAC in the court to facilitate access to justice to persons with severe communication disabilities who are typically regarded as silent and helpless victims. 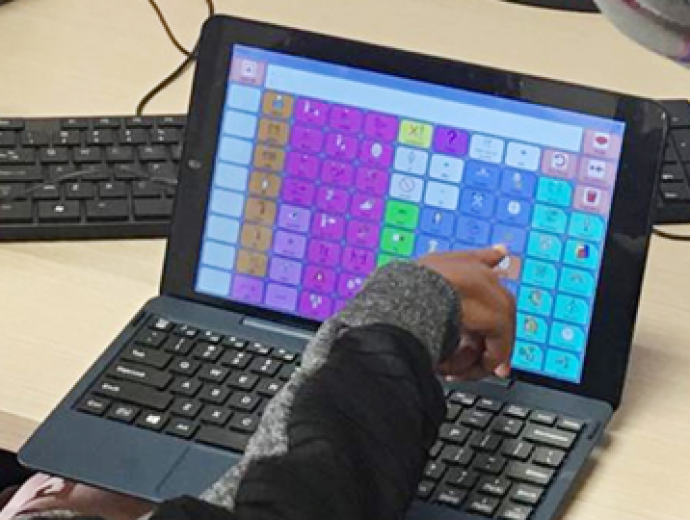