South Africa commemorates National Disability Rights Awareness Month annually between 3 November and 3 December. The Centre for Augmentative and Alternative Communication (CAAC) at the University of Pretoria (UP) plays an important role in addressing communication difficulties encountered by individuals with physical challenges or persons with disabilities. A disability may be defined as a condition that affects a person's mental, sensory, or mobility functions, restricting their ability to undertake or perform certain tasks in the same way as a person who does not have a disability. When a person cannot speak or otherwise communicate clearly and effectively, others may mistakenly think that person is unable to learn to communicate and make decisions.

For people who are unable to speak, augmentative and alternative communication (AAC) may provide some access to communication. AAC refers to modes of communication that are used less frequently, such as natural gestures or sign language, or the use of  objects, symbols, photographs, line drawings, and traditional orthography (text). To be able to assist a person who is unable to communicate, the person’s strengths and abilities must be assessed carefully, and contextual factors need to be thoroughly considered. Only then is it possible to identify a suitable AAC system. Systems that may be used include communication boards and so-called speech generating devices: laptops or other mobile devices loaded with specialised software. Such systems can be accessed through conventional means (eg pointing or using a keyboard or touch screen) or, if needed, though additional assistive technology such as switches or electronic eye gaze systems. Studies have postulated that a variety of factors can contribute towards better outcomes for people with severe communication disabilities, including contextual factors, social support, personal characteristics and services offered, as well as the effectiveness, versatility and sustainability of the intervention.

The purpose of AAC is to provide everyone with the means to communicate including those unable to speak. AAC strategies play a pivotal role in providing individuals with ways of communicating and sharing information, expressing thoughts and needs, and developing relationships. Everyone has the right to communicate; convey their convictions about the conditions of their existence; request or refuse objects, people, and events; express personal feelings; make choices; access systems that enable communication; and to be spoken to directly. Communication is a basic human right and has been described as ‘the essence of human life’.

The impact of South African political history and the effect of a constitutional democracy in 1994 on the lives of people with disabilities in South Africa should not be undervalued. The disability discourse in South Africa is influenced not only by international developments but also by numerous contextual factors. The quadruple burden of disease in South Africa has been identified as creating a major context for disability. This refers to 1) maternal, newborn and childhood illness; 2) chronic non-communicable disease, such as diabetes and cardiovascular disease; 3) communicable disease such as human immunodeficiency virus (HIV) and tuberculosis; and 4) violence and injury in the entire population. These are all associated with disabilities of communication and affect a large proportion of the black South African population, particularly women and children, who continue to live in poverty.

The relationship between poverty and disability has been demonstrated and in South Africa there is a disproportionate representation of people with disabilities among the poor. The impoverishment experienced by persons in these contexts result in further disadvantage in multiple areas, including education, literacy, health, nutrition capabilities and freedoms. They are also more likely to be affected by vulnerability, risk, isolation, powerlessness and social exclusion.

Communication is intrinsic to our humanity. It is considered a basic human right. Human beings need communication to socialize, to learn and to work, and to participate in society. Hence, communication has been described as “the essence of human life”. Being unable to communicate can be seen as one of the most extreme forms of exclusion and disempowerment. A well-functioning democracy presupposes active citizens who not only know their rights, but are able to claim them by ‘speaking up’. When someone has a communication impairment – and particularly for those unable to communicate using speech - the very act of communication is threatened. In addition, communication partners often perceive the process of attempting to engage meaningfully with such a person as too difficult and uncomfortable which results in isolation of the person with communication disabilities as is evident in the quotation below from a person that is unable to speak.

'If you want to know what it is like to be unable to speak, there is a way. Go to a party and don't talk. Play mute. Use your hands if you wish but don't use paper and pencil. Paper and pencil are not always handy for a mute person. Here is what you will find: people talking; talking behind, beside, around, over, under, through, and even for you. But never with you. You are ignored until finally you feel like a piece of furniture.' 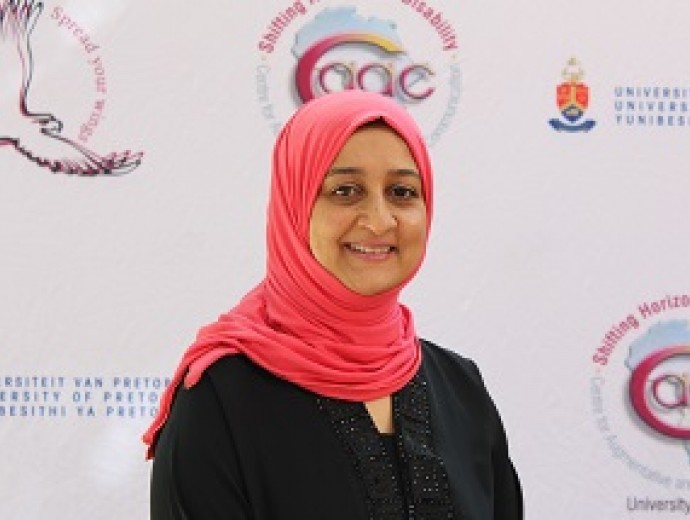