Exploring the early origins of language

The ability to speak is often taken for granted and it is only when that ability is lost, that the true extent of our dependence on language as a method of communication is realised. There are approximately 7 413 primary languages in the world today. If we consider the different dialects of these languages, this number increases to 41 186.

But where does language, as we know it today, actually come from? This question has been the topic of scholarly discussions for hundreds of years but, in truth, to date there has been no real consensus about how humans’ innate ability to communicate through language actually developed. This is largely because there is no direct evidence to support the development of a concrete theory in this regard – a fact that has forced scholars wishing to study the origins of language to rely on other kinds of evidence such as the fossil record, archaeological evidence, contemporary language learning theories, studies of language acquisition, the diversity of modern languages, and comparisons between human language and systems of communication that are found in animals.

Prof Juan Bornman, Director of the Centre for Augmentative and Alternative Communication (CAAC) at the University of Pretoria (UP), is currently on sabbatical and has delved a little into the origins of language as part of her studies. She says that current approaches to the origins of language are classified on the basis of their underlying assumptions. There are basically three prominent approaches that are commonly followed today. The first approach, classified as ‘continuity theories’, builds on the premise that language is so complex that it simply could not just have ‘appeared’ in its final form: it must therefore have evolved from earlier pre-linguistic systems among our primate ancestors.

Continuity theory states that language had to evolve gradually over millions of years, starting amongst the earliest ancestors of humans, with different features developing at different stages, leading to language as we know it today. This would imply that language has been developing in humans through all the phases of our evolution. The earliest ancestors that we are currently aware of are Australopithecus sediba who walked the earth around 2,5 to 3,5 million years ago. They were followed by Homo habilis (2,3 to 1,8 million years ago), Homo erectus (1,9 million to 400 000 years ago), Homo neanderthalensis (150 000–35 000 years ago) and Homo sapiens – our closest ancestor – who lived in Europe until around 40 000 years ago. When piecing together the development of language using continuity theory alongside the evolution of man, Prof Bornman says, one notices how both the stature and the brain size of the various species of man have increased over time. The size of the brain is of course one of the most important factors that we link to the development of language.

As human nature dictates, an opposite approach called ‘discontinuity theories’ followed soon after the introduction of the continuity theories. This approach states that language is a unique trait that cannot be compared with anything found among non-humans and could therefore not have evolved over a period of time, but rather must have appeared fairly suddenly during the course of human evolution.

The third approach, termed ‘social constructivism’, is a very popular approach among scholars and is particularly well supported in the area of speech pathology, especially in South Africa where many theories used in this field have social constructivism at their core. This theory builds on the premise that groups construct knowledge for one another, collaboratively creating a small culture of shared artefacts with shared meanings. This implies that when people are immersed in a culture like this, they are constantly learning about how to be a part of that culture from one another.

According to Prof Bornman, one of the most relevant theories in the development of language is the tool-making theory, which is classified under the continuity theories. This theory was first described by Oakley in 1972, in his book Man the tool-maker. He said that if we can agree that some of the early hominid species had started to use tools to do certain things, there must have been some form of language present. He reasoned that the use of tools involves thinking about your environment and the tasks that you want to perform, which indicates that ancient man was capable of complex thought. The tool-making itself could also be an indication that groups were starting to share resources and that they were gathering food and searching for shelter together. From this we can deduce that they had to be able to communicate with one another in some way in order to coordinate their activities.

The name Homo habilis, literally means ‘the handyman’, and it is in this species that researchers say extreme brain lateralisation first occurred. Brain lateralisation supports the capacity for tool-making and also for some linguistic development. At this stage, however, the consensus seems to be that the fine tuning and sequencing associated with spoken language as we use it today is actually a much later development and would not have been possible for Homo habilus. In support of this theory, researchers found that when they compared Homo habilis to Homo neanderthalensis, it was evident that they lacked the specific muscles needed for the articulatory sequencing of sound needed in modern language, meaning that the sounds they produced would have been very different from what we consider as language today.

Homo erectus had double the brain size of Homo habilis and researchers have found evidence suggesting that they were the first of our ancestors to use fire. Evidence for this includes hearths found in caves that were used as shelters or dwellings by groups or families of this species of early man. The fact that they gathered in groups and made fire could be an indication that these groups or families of Homo erectus were starting to cook some of the food they ate and that they possibly also enjoyed their meals together. These hearths, along with the tools and other artefacts such as bracelets and beadwork that were found at these sights, have led researchers to speculate that this might have been the start of social interaction. At this time Homo erectus were also becoming more widespread across the world. This indicates that they would probably have needed to communicate with one another about things like environmental factors so that they could adapt to different environments.

When we look at Homo neaderthalensis, who lived in Europe and in South Western and Central Asia, we see that they are again much more advanced than their predecessor, Homo erectus. We know that they made tools that were much more sophisticated, were able to control fire better, lived in shelters, made and wore clothing and were skilled hunters of large animals. All of this suggests that they must have had some kind of communication system to coordinate their actions. They were also the first hominid species to start making ornamental or symbolic objects, burying their dead and marking their gravesites. In recent years evidence was also found that suggest that they cared for weaker or injured members of their groups.

Prof Bornman says that the history of the development of language clearly shows that social interaction, or the need to communicate with those around us, is a crucial part of language development. Unfortunately, many people in our modern society do not have the ability to communicate using verbal language, but they experience the same need to express themselves that the rest of us do.

Augmentative and alternative communication, or AAC, is a term that is used to describe various methods of communication that can help people who are unable to use verbal speech to communicate. The field includes all forms of communication (other than oral speech) that are used to express thoughts, needs, wants and ideas. Prof Bornman and her team at the CAAC are working tirelessly to develop dynamic tools that can support the broader interests of one of the most vulnerable groups in our society, even within the disability sphere, namely individuals with little or no functional speech ability. Various research and community projects at the Centre are currently investigating new ways to bring ‘language’ to people with disabilities. 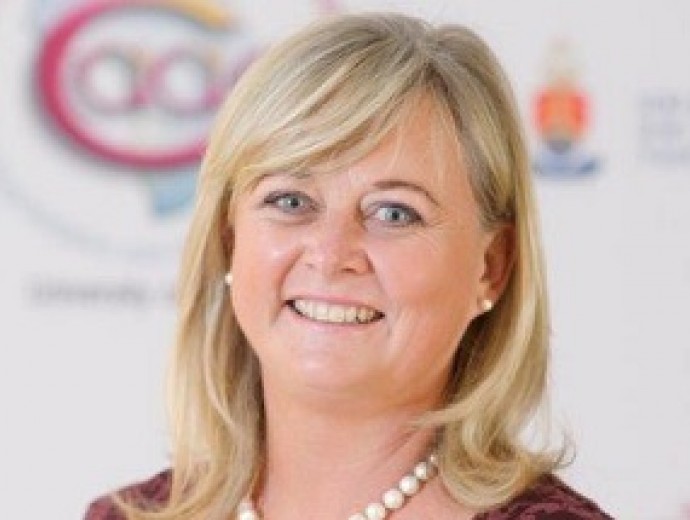