Sansia Blackmore participated in the The Fórum International Tributário (The International Tax Forum) in São Paulo, Brazil, held from 4 to 6 June and organised by Anfip, Fenafisco and Sinafresp. It took the form of presentations by and panel discussions with tax experts from Europe, Scandinavia, Latin America and the United States, and also from all of the Brics members. Sansia presented and participated in Panel 3: Tax Systems of Brics Countries, alongside the representatives from Russia, China and India. She gave an overview of the magnitude of the social responsibility that must be funded through the South African tax system, as well as the macro metrics constraining the ability of the fiscus to do so optimally. Her presentation further highlighted the shifts in the tax burden that have occurred over the past decade amidst stagnation in the tax base and high fiscal progressivity, as well as the outsize pressures emanating from public expenditure. Rising public expenditure due to the ballooning public wage bill and enormous fiscal leakage due to the capture of state-owned enterprises have led to increased public indebtedness and debt financing. Government’s fiscal capacity to honour its social contract post democratisation is severely diminished as a result, as is manifest from rising poverty and persistently high inequality. 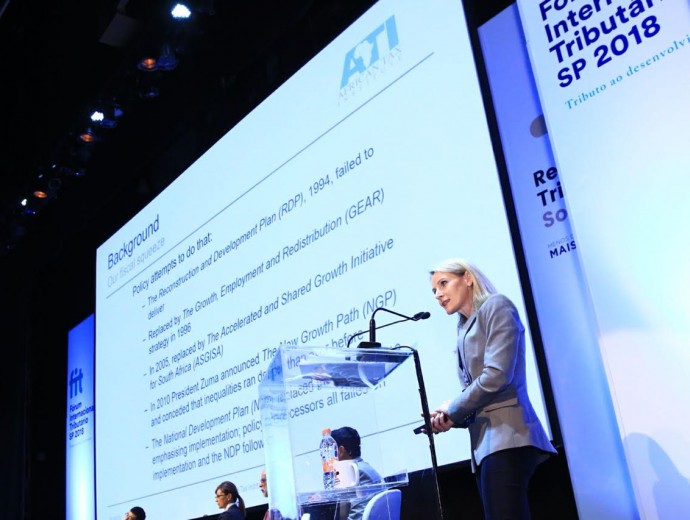