Prof Ivan Horak, emeritus professor in the Department of Veterinary Tropical Diseases in the Faculty of Veterinary Science at the University of Pretoria, was recently selected by the South African Academy for Science and Arts to receive the MT Steyn medal for exceptional achievement in natural sciences or technology. He received the medal during a prestigious event on 29 June 2016. The MT Steyn Medal is one of the highest awards the Academy can bestow on natural scientists and is considered to be in recognition of the recipient's cumulative life's work.

At the age of 82, Prof Horak, a world expert on ticks and parasites, is still active in the Faculty of Veterinary Science. During his career, Prof Horak has made a substantial contribution to the study of ticks. His studies are not only academically valuable, but form the basis of a great many interventions that have benefited the production animal and wildlife industries in Africa.

He has trained a large number of students, attained wide international recognition and identified and described 12 new parasite species. Other scientists have named four newly discovered species in honour of him. Prof Horak has contributed to more than 300 scientific publications and has been awarded several national and international prizes amongst which the Gold Medal of the South African Veterinary Association, a Leading Minds Award by the University of Pretoria and the Theiler Memorial Trust Award for Excellence in the Field of Veterinary Science.

His current research interests include the taxonomy and biology of the Hyalomma tick species (bont-legged ticks) and ticks that parasitise rhinos in eastern and southern Africa, and small mammals, horses, donkeys and tortoises in South Africa.

The criteria for nomination as a recipient of the MT Steyn medal include a creative contribution to the discovery, organisation and continued expansion of natural sciences, and significant contributions to the development of South Africa through continued application thereof.

Prof Horak is the fourth member of staff from the Faculty of Veterinary Science to be awarded this prize, after Prof Dieter Osterhoff in 1996, Dr Daan Verwoerd in 2004 and Prof Kobus Eloff in 2015. 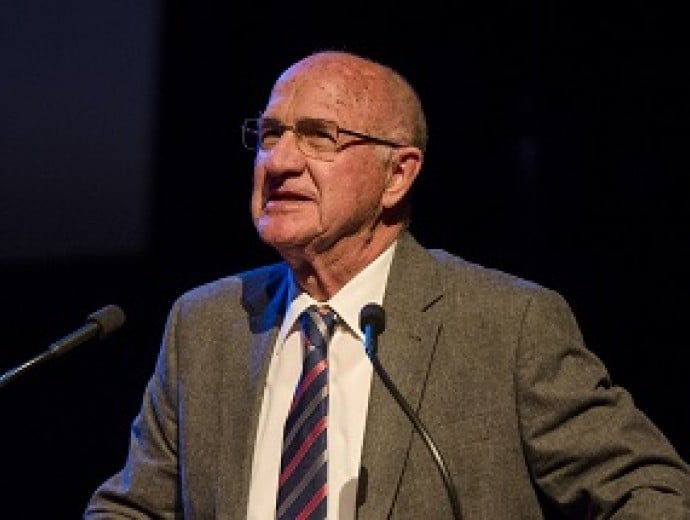