UP research waves the red flag against BTB

Prof Anita Michel of the Department of Veterinary Tropical Diseases in the Faculty of Veterinary Science strongly doubts that there is a single buffalo herd in the nearly two million hectares of the Kruger National Park (KNP) that does not have bovine tuberculosis (BTB). For the past 20 years, Prof Michel and her colleagues spearheaded BTB research. Despite significant progress in the research, Prof Michel notes a considerable spread of the disease over the past two decades.

BTB is a chronic disease caused by the bacterium Mycobacterium bovis that can affect all mammals (including humans). Infected animals suffer from a general state of illness and coughing. Other symptoms include progressive emaciation, chronic respiratory distress and eventual death.

While BTB has been drastically reduced in cattle during the 1970s, the disease is re-emerging and eradication has now become an almost impossible task as wildlife act as a reservoir for the disease. Humans mainly contract the disease by ingesting contaminated milk or dairy products or handling infected animals. The threat of the disease, however, lies in the wildlife reservoirs mentioned, which has the potential to be catastrophic. This can have far-reaching consequences for conservation and tourism. Trading of animals also becomes an intricate issue when areas are identified as BTB zones. Because of the interface between wildlife and livestock, commercial and rural farmers are also at high risk of suffering losses, should cattle contract the disease from wildlife that have crossed reserve boundaries.

Prof Michel explains that social species are at greater risk of contracting BTB than solitary species. In addition to buffalo, greater kudu also carry and transmit the disease. Keeping kudu confined to game reserves is a difficult task as they can easily jump fences. BTB has the potential to cause grievous devastation of a species, regardless of its conservation status. When predators consume infected meat, ‘they literally eat BTB by the kilogramme,’ says Prof Michel. Recently BTB was diagnosed in the endangered African wild dog, which is alarming news considering the potential impact on conservation efforts. Prof Michel and her colleagues have diagnosed the disease in 21 wild mammal species in South Africa. Over the years, this University of Pretoria (UP) research team, led by Prof Michel, has developed a thorough database of M bovis strains, using genetic characterisation tools to study the strains in domestic cattle herds and wildlife populations. This database enables them to use genetic characterisation tools to study the M bovis strains, which makes it possible to trace the location where the strain originated. Thanks to the database, they were able to detect that the strain present in the BTB outbreak of 2009 in Gonarezhou National Park, Zimbabwe, originated in the KNP.

Under the supervision of Prof Michel, a recent PhD study showed the spreading power of the disease across very well-maintained fences into communal cattle areas west of the KNP. The research team has also done work on BTB in Hluhluwe-iMfolozi National Park in KwaZulu-Natal and surrounding communal areas. Over the years of studying and tracking the disease, Michel noted how game translocations between farms and provinces have increased the disease’s prevalence.

Currently, Prof Michel is trying to determine which wildlife species are reservoirs for BTB. Initial findings indicate that buffaloes are and she believes kudu are as well. Prof Michel suspects that warthogs may also pose a potential threat owing to their wide distribution. By developing BTB tests for several species, Michel will be able to have a better understanding of which animals are most affected.

A large part of the research is done in collaboration with the international community and the Onderstepoort Veterinary Institute. The UP research team works particularly closely with Utrecht University, with which it has a memorandum of understanding. Joint research projects and postgraduate supervisions allow for beneficial cross-pollination. Prof Michel and her colleagues also work with government and the game industry to manage the disease and prevent further transmissions.

Future research holds great promise. Prof Michel hopes to facilitate feasible methods of control that have a sound scientific base. Finding alternative control measures such as vaccinations is high on the agenda. While it cannot yet be said whether vaccination is viable, UP is collaborating with a very successful BTB research group in Spain on developing an effective vaccine. Spain is severely affected by BTB owing to its wildlife reservoir: the wild boar.

Earlier this year, the Faculty of Veterinary Science held the first ever BTB Outreach Day, aimed at bringing together important stakeholders to inform them of the many concerns regarding the disease. Prof Michel says a key point that the Faculty wanted to make is that the disease ‘is on the go and on the move and can reach you any time’. Reflecting on the event, she says that it was very well attended and well received. Many farmers and owners of game farms had to learn about the disease the hard way when their animals were already infected. The event equipped stakeholders with knowledge and Prof Michel says there may be more such events in the future. 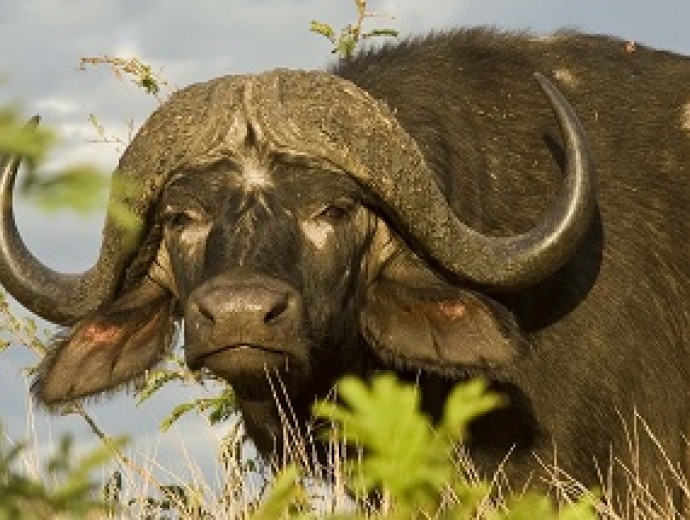