WORLD OCEANS DAY: COVID-19 presents an opportunity to reverse the marginalisation of small-scale fishers – UP experts

Small-scale fishers in South Africa remain significantly marginalised, and the emergence of COVID-19 has worsened the situation. Their activities are considered essential services, but the closure of restaurants and small and medium-sized processing plants during lockdown cut off the market to which the small-scale fishers sell their catch.

The South African United Fishing Front (SAUFF), which represents the small-scale fishers, believes the situation can be handled differently, and has put forward ideas and innovations that could support food security and nutrition across the country during and beyond the pandemic. They also see it as an opportunity for the government to address the marginalisation of small-scale fishers.

They are advocating that appropriately preserved or processed fish should be included in the food parcels being distributed by government during the pandemic, and also in school and other feeding programmes. With 20% of the South African population already reported to have inadequate or severely inadequate access to food in 2019, the COVID-19 crisis has left many entirely dependent on food parcels.

Studies by the University of Pretoria and other institutions suggest that the food parcels need a better nutritional balance. Fish is not only a great source of protein, but it is rich in vitamins like omega-3 and is a good source of minerals like iron and zinc. Adding fish to the food parcels would improve the nutrition of the recipients.

Given that fish is perishable, the SAUFF suggests that women in small-scale fishing communities could increase their vital role in preserving fish to increase its shelf-life. Efforts to preserve fish include salting, smoking and canning. Anchovy, for example, is a species that women could easily process and supply to government feeding schemes. The spin-offs from engaging small-scale fishing communities in supporting food security during this crisis could stimulate a new economy for this marginalised group. Another area that needs to be addressed is the needs of small-scale fishers in policy and legislation.

Over-fishing is a pressing concern in South Africa, hence the adoption of the Marine Living Resources Act in 1998. This legislation was developed to reduce over-fishing of specific species and prevent extinction, given that 22% of our fish species are classified as over-fished. However, the Act focused mainly on large-scale fishers and did not account for the needs of small-scale fishers.

Realising this oversight, the government made several amendments to accommodate small-scale fishers. This included the passing of the Policy for the Small Scale Fishers Sector in South Africa. The implementation of many rights earmarked for small-scale fishers has been delayed by existing fishing permits which only expire in 2021. The effectiveness of the policy will only be tested once rights have been fully allocated.

In the meantime, small-scale fishers remain marginalised for several reasons. For example, fishing quotas issued to them limit the amount and species of fish they can catch. In some cases, the species of fish they are allowed to catch are not available in their demarcated areas. This means they have to travel long distances to access this species. Another challenge is that the fishing permits are seasonal, as they are determined by the biological reproduction cycle of the species. Seasons can last between five and eight months, leaving small-scale fishers with no source of income for the remainder of the year.

Faced with food insecurity, poor working conditions and inadequate income, some small-scale fishers have turned to poaching. This puts their lives at risk, as it usually requires fishing at night, when the risks of falling into the sea and drowning are far higher, and they are at risk of being arrested and prosecuted.

In every respect, the situation of the small-scale fishers needs urgent attention.

Some recommendations from the SAUFF are:

Dr Elizabeth Mkandawire is a Postdoctoral Fellow and Coordinator: UN Academic Impact Hub for SDG2 at the University of Pretoria’s (UP) Institute for Food, Nutrition and Well-being. 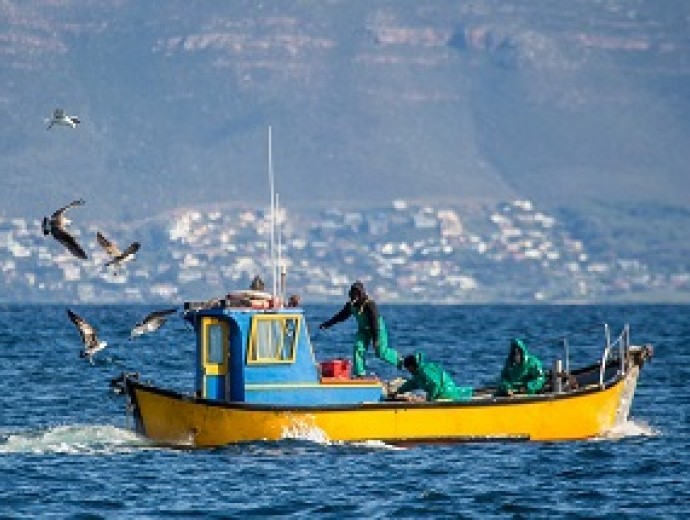