Personal music players (PMPs) have brought about a revolution in the way we listen to music. Most people choose to use ‘ear buds’ rather than more conventional earphones to listen to the music on their PMPs, as they are much cheaper and also easier to slip into your pocket and pop into your ears whenever you feel like it. We all have them, we all wear them and we all enjoy the music they bring to liven up our daily activities like exercising, studying or even going to the supermarket. Alarmingly though, research shows that these little portable speakers are causing hearing damage at an unprecedented rate.

Prof Bart Vinck, Head of the Department of Speech-Language Pathology and Audiology at the University of Pretoria (UP), and his research group have done extensive research on the effect of recreational noise exposure on hearing loss in young people.

A comparison of the output of ear buds and that of conventional headphones revealed a marked difference in sound intensity produced at the same volume, with the ear buds producing a much louder sound. This is because ear buds commonly used with PMPs sit inside the ear canal, which puts the audio signal close to the inner ear, boosting it by as much as nine decibels. In a recent study, Prof Vinck and his team studied the effect of listening to music while exercising. Shockingly, they found that exercising while listening to music using ear buds amplifies the sound even more owing to the increased blood flow in the body, which means it could cause even more damage to the inner ear.

Noise-induced hearing loss is a product of both the duration and level of exposure to loud noise. We know from past research that if you are exposed to sound above 85 decibels for 8 hours a day, you are at risk of damaging your hearing. It is important to note that for every three-decibel increase in sound intensity exposure time before damage is halved. In other words, at 88 decibels you can only be exposed for 4 hours, at 91 decibels for 2 hours, at 94 decibels for 1 hour and so on. This means that at a music festival where noise levels are normally around 110 decibels you would have to leave after just a few minutes to avoid damage to your hearing.

During one of their research projects, Prof Vinck and his team asked a group of young people to listen to a specific number of music tracks on an MP3 player using ear buds. Participants had to listen to the music at various intensity levels for one hour. The average intensity of the sound experienced by the participants using ear buds was around 100 decibels. At this volume hearing damage will occur after about 15 minutes of exposure. Taking into consideration the average length of a modern (popular) music track it is clear that one will only be able to listen to a couple of tracks at this volume before incurring potential damage to one’s hearing. Taking into account that most of us listen to music using ear buds for hours on end, it becomes abundantly clear that this everyday behaviour presents a big risk to our future hearing health.

Prof Vinck says that apart from the fact that young people are listening to music on their cell phones or PMPs using ear buds for far longer than the recommended time and at levels far exceeding the recommended volumes, they also expose themselves to hearing damage when they visit clubs and bars in the evening after class or work. The research done by Prof Vinck and his group to date has shown that the noise levels to which young people are exposing themselves nowadays are sometimes even higher than that experienced by miners and some factory workers.

Prof Vinck likens the effects of prolonged exposure to noise to the effects of smoking, which only start affecting one’s health after a time. As in the case of smoking however, some people are more susceptible than others and will start seeing the effects sooner. What makes this even more disturbing is that hearing loss is not reversible, and the longer it goes unrecognised and untreated, the faster it progresses.

One of the first warning signs of hearing damage is tinnitus – a constant ringing or hissing in the ears. This might not sound like such a huge problem as most of us have experienced this at one time or another, but if the condition becomes chronic, it may result in psychological problems or depression. Tinnitus often occurs in combination with a condition known as hyperacousis, a hyper-sensitivity to certain frequency and volume ranges of sound within which even the smallest sound is experienced as so loud that it is painful or uncomfortable.

The second common symptom of hearing damage is that people find it difficult to understand speech, in other words they can no longer easily follow a conversation in a noisy environment, such as a restaurant or supermarket. This is actually a normal part of aging and something that all adults, especially males, experience after the age of about 40 to 45, but Prof Vinck says that they have been finding it in people of increasingly younger ages during the course of their research. Lastly, says Prof Vinck, some people will end up having difficulty following a conversation even in quiet environments and once this happens, hearing damage is already very serious.

Prof Vinck says that there is a very good reason for the current trend in our society to make everything louder. He explains that our bodies experience a physiological reaction when we hear loud sounds (more than 90 decibels). These sounds cause the body to react in the same way as it would to danger, in other words the body prepares for fight or flight. Adrenaline is released, heart rate and blood pressure increase – all of which make one feel alive and ‘ready for action’.

‘Many young people experience this almost as a drug,’ says Prof Vinck. ‘Like alcohol, loud music is actually giving you a “high” and so many people basically get addicted to it.’

Prof Vinck says that if we continue on the path we are on – continuously bombarding our ears with loud music – we will produce a generation of people who will have the hearing ability of a 50 year old at the age of 25. He feels very strongly that awareness should be raised in broader society about the dangers of exposing ourselves to noise-induced hearing loss and that we have to realise that too loud is ‘not OK’.

‘It is important for people to realise that there is no cure – hearing aids are not a treatment. The only option is to try and prevent hearing loss from occurring in the first place,’ he says.

According to Prof Vinck, there are a few elements that we have to consider in working towards the prevention of hearing loss. Firstly, we have to get legislation in place to help regulate noise levels and secondly, we have to try and limit the source of noise.

Prof Vinck was instrumental in the passing of new legislation in Belgium that specifies that the sound exposure at music festivals may not exceed 92 decibels. There are plans to extend this legislation to include a provision that will require organisers of music concerts and festivals to make hearing protectors available to attendees in the same way that they are currently providing condoms at these events. Because MP3 players are much more dangerous in terms of their ability to cause hearing loss, the output level of all MP3 players sold in Europe has been limited. Unfortunately this type of legislation is not yet available in South Africa, but Prof Vinck hopes that his team’s research will enable them to change this situation. The fact that most devices such as iPods now display a warning on the screen when you increase the sound level beyond a certain point is definitely a step in the right direction, but much remains to be done in this regard.

A few suggestions to protect your hearing 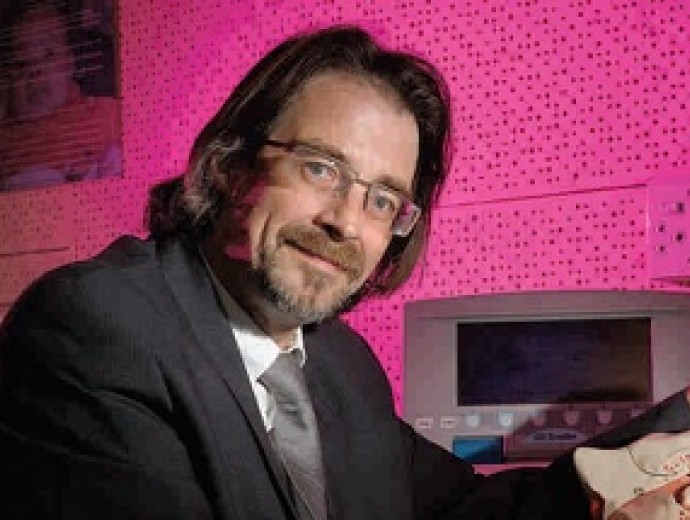