Archaeology researchers at the University of Pretoria are finding new ways to interpret the ancient rock art found in overhangs and on rock walls around South Africa.

Archaeology researchers at the University of Pretoria are finding new ways to interpret the ancient rock art found in overhangs and on rock walls around South Africa.

Painted as many as 3 000 years ago, Bushmen rock art offers insights into some of the earliest groups of people to live in South Africa - an indigenous group known collectively as Bushmen. Their art, painted mainly in red, brown and white mineral pigments, depicts the animals they encountered in their nomadic wanderings, as well as human figures and symbols representing their spiritual worlds.

According to Dr Ndukuyakhe Ndlovu of the University of Pretoria’s Department of Anthropology and Archaeology, rock art in South Africa has long been interpreted from the aspect of shamanism, where the images represent the efforts and visions of the medicine man or shaman.

“Shamanism gained ground as a potential interpretation for Bushmen rock art in the 1970’s and remains the most dominant interpretation today,” he says. “I feel that we have generalised to explain everything through shamanism. I think we need to consider additional interpretations.”

Ndlovu and his students are interested in totemism - the idea that specific animals represent certain social groups. These groups believed that they drew spiritual power from the type of animal depicted in their drawings. Ndlovu’s research thus focuses on the representations of animals in rock art.

“I argue that different Bushmen groups had different totems in the same way that some Bantu groups have today. In the early 1900s, the idea of totemism was put forward, but it was never supported and did not gain traction among archaeologists,” he explains.

Ndlovu believes that the biased interpretation of Bushmen rock art symbolism stems over-reliance on limited historical records - one interview from KwaZulu Natal and one set of observations from the Western Cape. From these early ethnographic studies, the eland is now considered the most important animal to these societies. However, Ndlovu’s recent field work suggests something different.

“When I look at the areas where most of our rock art research has been undertaken, those have been the areas where eland dominate,” he argues. “The ethnographic records are based on interviews with people from areas where this animal is abundant.”

He works at sites in the Northern Cape, Free State, and KwaZulu Natal, and has also studied art from Namibia, Botswana and Zimbabwe.

“If you go to the Brandberg/Daureb area of Namibia for example, you note that eland hardly appear in the artwork, and if you go to Zimbabwe, you will note that kudu generally outnumber eland in the drawings,” he explains.

Ndlovu is attempting to paint a more complete picture of Bushmen rock art by looking at examples from areas of South Africa that have not yet been adequately studied. He hopes that the information he uncovers will help explain the motivations and meanings behind the art beyond shamanism.

To do that, he takes undergraduate and postgraduate students into the field to record the numbers and distribution of different animal images in Bushmen paintings. They take photographs of the art, and make detailed recordings of the type of paintings at each site. His early findings suggest that researchers have overemphasised the significance of eland in bushman rock art.

While the work is still in progress, Ndlovu is convinced that his work is on its way to changing the dominant narratives around Bushmen rock art in South Africa. 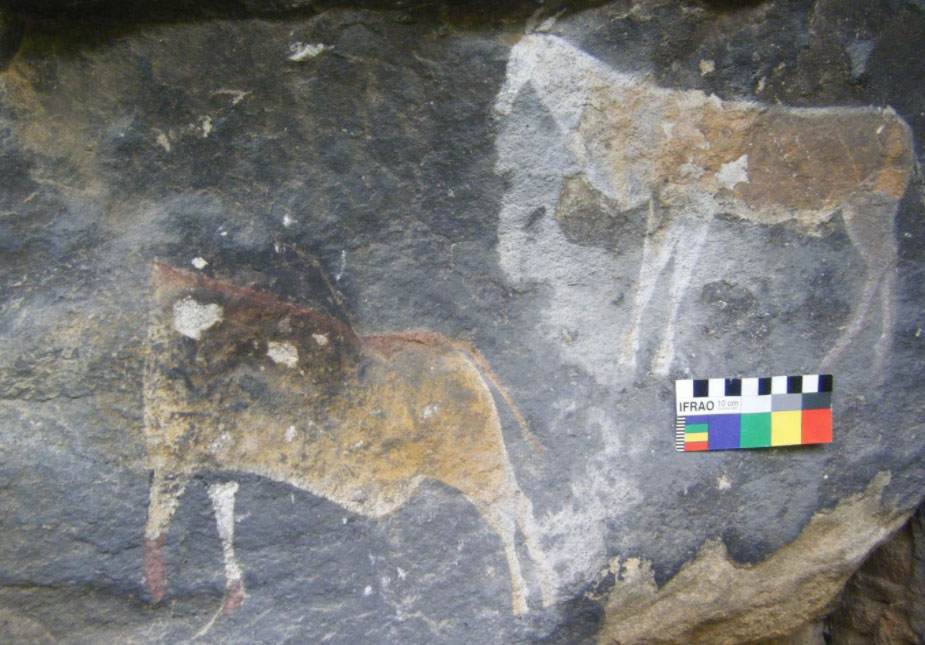 UP researchers are studying the animal paintings in Bushmen rock art sites around South Africa, hoping to better understand the motivations and significance behind these ancient artworks.

Isn’t ‘bushmen’ a derogatory term?
The earliest indigenous people of southern Africa have many names - Khoekhoe, San, KhoiSan, ?Kung, Basarwa - with no single name accurately describing all of them. Ndlovu chooses to use the term Bushmen because it is a common name for these indigenous peoples. He does not consider the term derogatory in this context 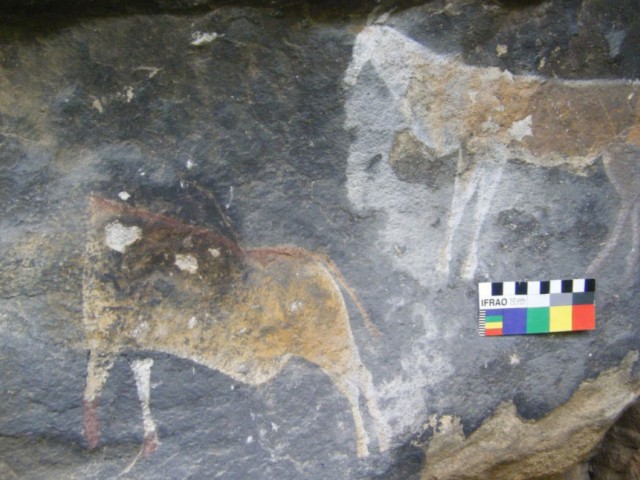