UP researchers on top of the world over fungi research

The University of Pretoria (UP) was recently ranked second in the world in the study of fungi - or mycology - by the Centre for World University Rankings (CWUR).

Prof Wilhelm de Beer, from UP’s Forestry and Agricultural Biotechnology Institute (FABI), says the accolade came as a pleasant surprise: “We don’t even have a mycology department at UP, but this shows that FABI’s broad research on plant health, invasion biology, and forest diseases, which all deal with fungi in some way, makes a global impact.”

CWUR looked at papers published by an institution in a specific research area to arrive at these rankings. From 2006 to 2015, UP researchers published 346 papers dealing with mycology, 330 of which were published by FABI.

And equally impressive, of UP’s 100 most-cited papers over that period, 27 came from FABI researchers and 21 dealt with fungi in some way.

Researchers at FABI have been working with the South African forestry industry to get diseases and pests under control since the establishment of the Tree Protection Cooperative Programme in 1990 and the DST-NRF Centre of Excellence in Tree Health Biotechnology in 2005. As their names suggest, these programmes focus on research on the health of trees and forests overall, but the study of fungal diseases is central to this work.

Referring to the academic publishing record behind the CWUR ranking, Prof Bernard Slippers of FABI says, “this body of work exists because of our cooperative programme of research with all of the forestry companies and various agricultural companies in this country.”

That’s how this research group started, he adds, “and the programme has only lasted for 28 years because we are solving their problems.”

He gives the example of Fusarium, a fungus that causes pitch canker disease on pine trees, damaging or killing young plants and even mature trees. For years, FABI has done research from basic biology and fungal genetics to supporting breeding programmes and nursery management systems. The result is an effective management system and disease-resistant tree lines that greatly improve pine health in South Africa’s commercial nurseries and plantations.

FABI’s symbiotic relationship with the South African forestry industry also entails a tree disease diagnostic service. De Beer explains: “Anybody involved in forestry in South Africa can send us diseased material for diagnosis. We believe in responsible diagnosis: if the disease is serious, our field extension officers visit the plantation, trying to understand the bigger picture and making recommendations to mitigate the problem.”

This all means that FABI stays in direct contact with every single role player in forestry in South Africa - companies both large and small, as well as government departments and industry bodies. Being directly funded by industry puts the research group in a uniquely strong position to respond to disease threats and outbreaks, and provides them with a constant source of research material and real-world problems to solve.

In return, according to Slippers’ calculation, for every R1 invested in FABI by a forestry company, FABI on average produces research to the value of R8. That’s an 800% return on investment, not including the savings provided by healthier plants and stronger growth.

Through this well-considered research strategy, what was started as a 1-person forest health research programme by Prof Mike Wingfield has grown into a world-class and world-renowned institute studying all aspects of forest health. FABI now boasts more than 100 researchers working on tree health, including three NRF A-rated researchers and several others with NRF ratings, collaborating with leaders in mycology and related disciplines from all over the world. 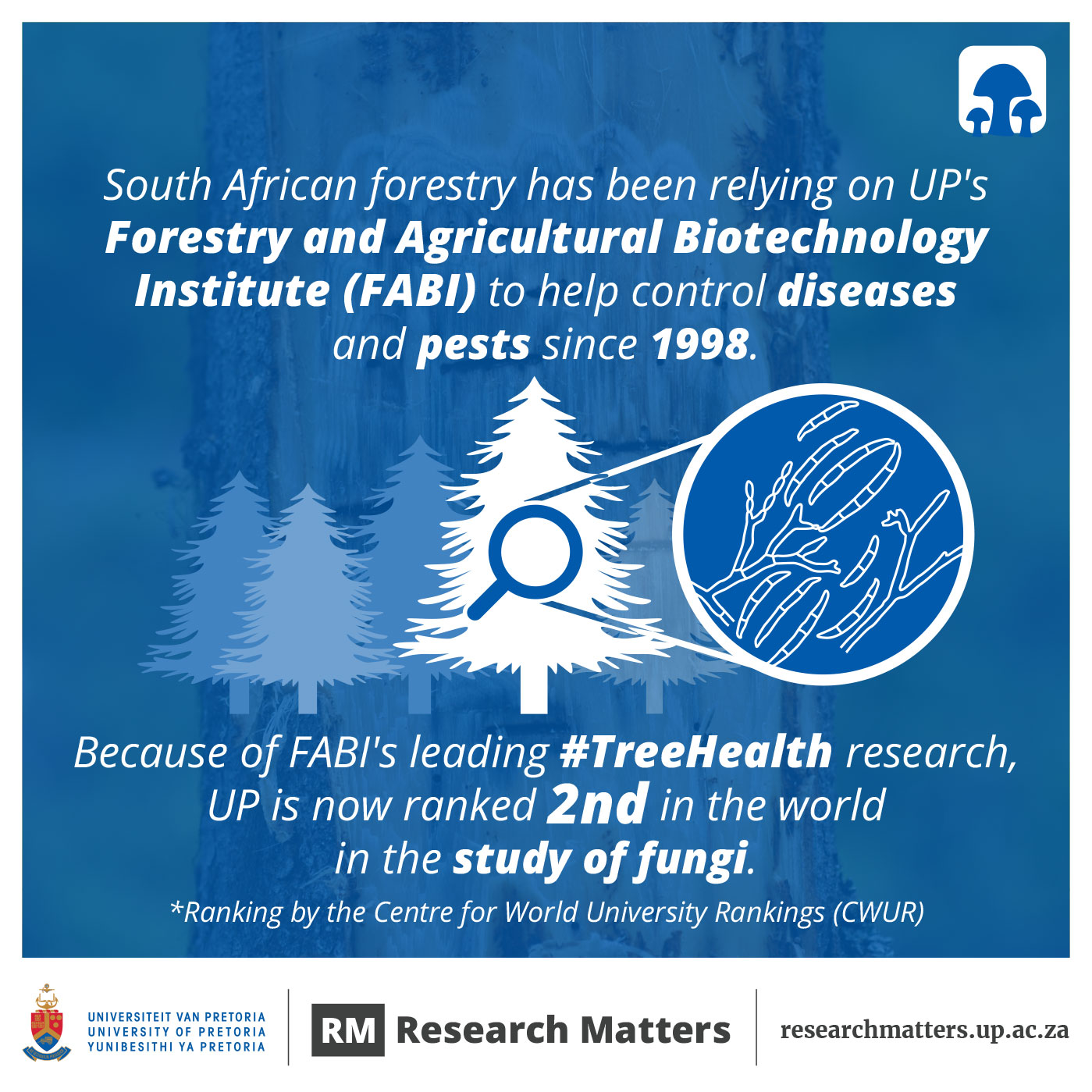 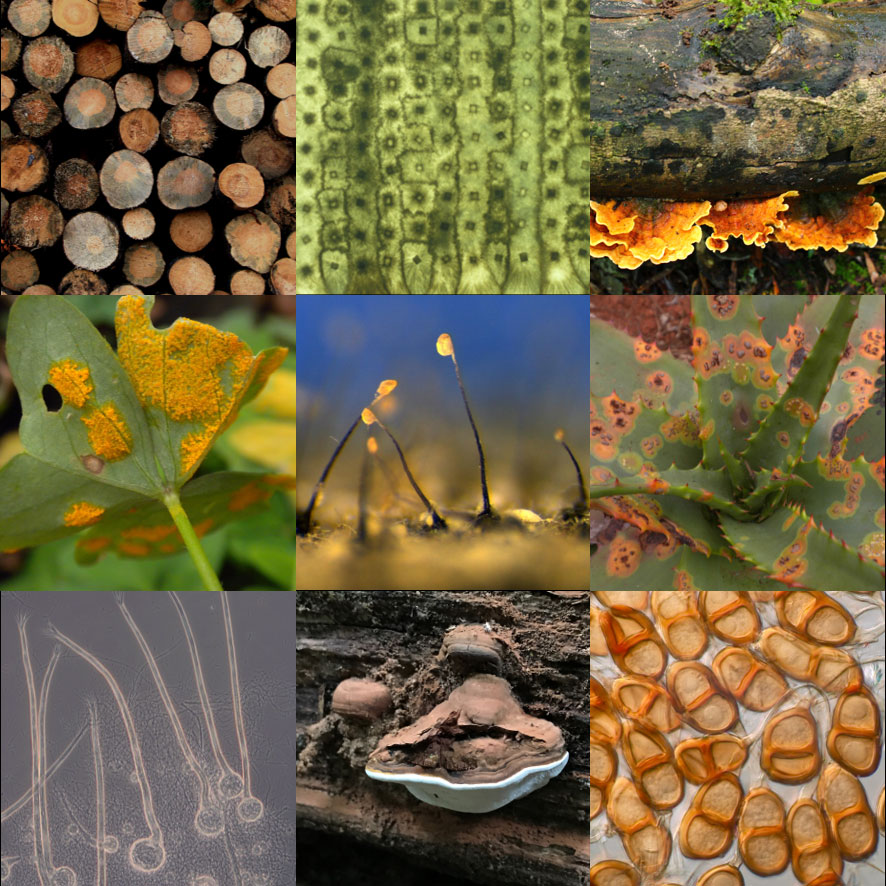 FABI has one of the world’s largest fungi collections, and is a global leader in tree health research.