Turn it down! Your music is damaging your hearing

Personal music players (PMPs) have brought about a revolution in the way we listen to music. Many people choose to use ‘ear buds’ rather than more conventional earphones with their PMPs, as they are much cheaper and also easier to slip into your pocket and pop into your ears whenever you want. Noise-induced hearing loss is a product of both the duration and level of exposure to loud noise and if one looks at the time young people spend listening to music using ear buds, it is no wonder that these little portable speakers are causing hearing damage at an alarming rate. According to Prof Bart Vink, Head of the Department of Speech-Language Pathology and Audiology, if we continue on the path we are on, we will produce a generation of people who will have the hearing ability of a 50 year old by the age of 25.

Prof Vinck and his research group have done extensive research on the effect of recreational noise exposure on hearing loss in young people. A comparison of the output of ear buds and that of conventional headphones has revealed a marked difference in sound intensity produced at the same volume, with the ear buds producing a much louder sound. This is because ear buds commonly used with PMPs sit inside the ear canal, which puts the audio signal close to the inner ear, boosting it by as much as nine decibels. In one study, Prof Vinck and his team also studied the effect of listening to music while exercising. Shockingly, they found that exercising while listening to music using ear buds amplifies the sound even more owing to the increased blood flow in the body, which means that it could cause even more damage to the inner ear.

Through his research, Prof Vinck has already been instrumental in the passing of legislation regulating sound exposure at music festivals in Belgium. He feels very strongly that awareness should be raised in broader society about the dangers of exposing ourselves to noise-induced hearing loss and that we have to realise that too loud is ‘not OK’. Unfortunately legislation to regulate the output level of PMPs is not yet available in South Africa, but Prof Vinck hopes that his team’s research results will present a compelling argument to legislators to change this situation in the near future. 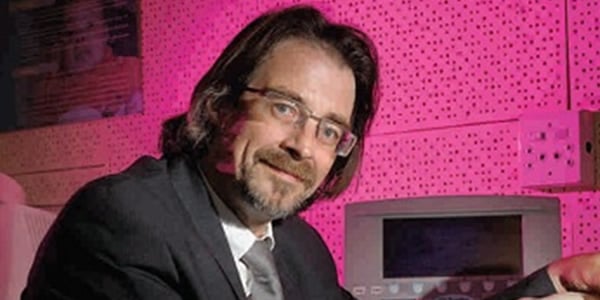