The first Innovation Camp hosted by the EBIT Faculty and organized by the Department of Informatics was a huge success. There were 32 groups enrolled for the event with 8 groups for the Codeathon and 24 groups for a Business Idea. Buzznovation and Coca Cola were the two sponsors. Buzznovation sponsored the prizes for the two competitions to a total of R60000 and Coca Cola sponsored the drinks for the 15 hour night hackathon as well as for the prize giving event. The Department of Informatics sponsored the operational costs of the function with the Informatorium providing security for the all night event.

Rendani Kruger and Jacques Brosens are two MIT (Information Systems) students that were responsible for all the arrangements. Earlier in the year they presented mobile development courses at the University and from the interest in the training, the idea for the Innovation Camp originated.

There were really good business ideas but at the end the winners were selected based on the feasibility of the idea and time to market. The following is the result for the two competitions:

Special prizes were also given to participants in the following categories: 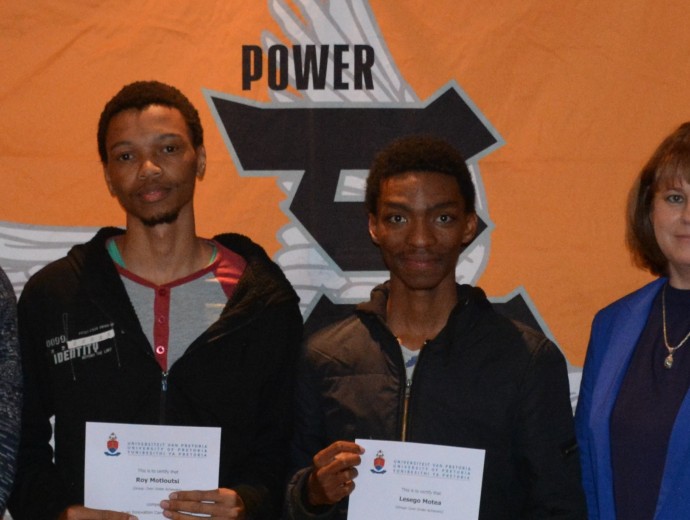