The Investec IT Grad Programme hosted a ‘codeathon’ for university students from across South Africa. This opportunity was open to any student who had completed an undergraduate qualification in a relevant field (these included mostly IT-related fields). The students had to form groups of five and compete against groups from other universities. In total, there were six teams – four teams from the University of Cape Town (UCT), one team from North-West University (NWU) and one team from the University of Pretoria (UP). The event was held over two days from 25–26 January 2016 at the Investec Building in Sandton.

The challenge was to develop, within the allocated twelve hours, a software product that uses ‘gamification’ to encourage learning and participation in saving, investment and wealth building among younger clients. This programming challenge assisted with the generation of ideas for the Investec family banking applications environment.

The Tuks team came up with a concept that encourages a parent-child relationship where parents incentivise their children to save towards a set goal. The University of Pretoria team won the competition after presenting their concept and software solution to three judges (senior leaders from pertinent departments within Investec). As a reward, each team member received a new MacBook Air (worth around R16 799) each. 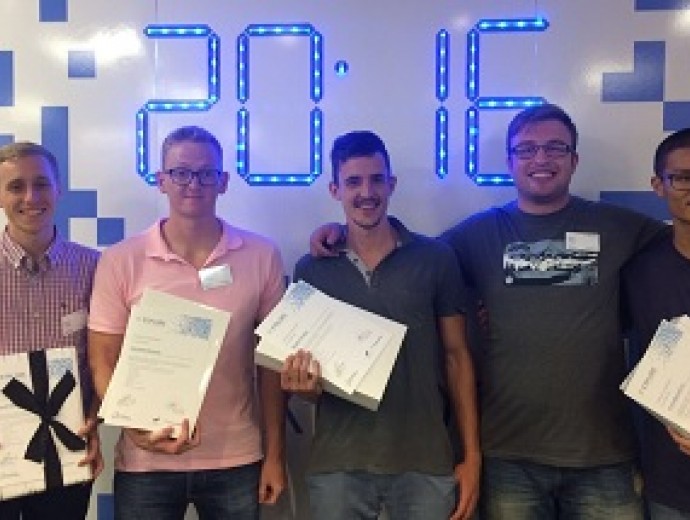