This was the sentiment expressed by a panellist during the most recent instalment of the University of Pretoria’s (UP) LeadUP: Alumni Thought Leadership virtual series. Titled ‘The Zondo Commission Report: What’s next for our captured state?’, the discussion was moderated by journalist and strategic communications practitioner Sebenzile Nkambule, and featured a group of diverse experts including UP alumni to discuss the report of the Judicial Commission of Inquiry into Allegations of State Capture, Corruption and Fraud in the Public Sector. Panellists also addressed the steps that should be taken to restore the faith of South Africans in their leaders’ ability to build an accountable democratic state.

“The implications of corruption on economic development are usually felt more by the ordinary citizen than by the people who are actually implicated in the corruption,” said UP alumna Dr Carolyn Chisadza, a senior lecturer in UP’s Department of Economics. “State capture worsens an already ailing economy. The corruption that has been revealed by state capture has weakened the state’s capacity to perform efficiently for its citizens; this negatively affects progress towards development goals such as economic growth, addressing unemployment, reducing poverty and inequality, attracting investments, and strengthening the quality of institutions. State capture poses a serious threat to the progress that we have achieved to date in obtaining development in South Africa.”

For Dr Chisadza, what is equally concerning is the fact that corruption has left South Africans vulnerable to shocks such as the COVID-19 pandemic and the KwaZulu-Natal floods. During these crises, resources are not available because they have been diverted to underperforming entities. From left to right: Sebenzile Nkambule, Journalist and Strategic communications practitioner, Minister Ronald Lamola, UP alumnus and national Minister of Justice and Correctional Services and Dr Carolyn Chisadza, a senior lecturer in UP’s Department of Economics.

“The prodigious looting, corruption and money laundering has an international dimension, because it would not have been possible without the connivance of bail-in companies like KPMG, McKinsey, [German software company] SAP and UK-based banks like HSBC and Standard Chartered,” he said.

“Global corporations were critical to this looting,” he added. “They obtained state contracts, helping former President Jacob Zuma’s business associates the Gupta brothers to loot the state and move their stolen billions out of South Africa and then sometimes back in, undetected. Banks like HSBC and Standard Chartered admitted opening their electronic banking channels to the Guptas, and [allowing] their associates to transfer billions of rands through their digital pipelines to less regulated jurisdictions like Dubai and Hong Kong, and then to clean the money by mingling it with other funds, thus disguising its origins and enabling it to be more easily spent. These banks should have spotted the suspicious activities much sooner or immediately.”

Minister Ronald Lamola, UP alumnus and national Minister of Justice and Correctional Services, then commented on the capacity in the justice system and the measures that are in place to ensure that investigations are carried out effectively. He indicated that the crimes that have taken place were highly sophisticated and that an equally high level of sophistication is required when it comes to investigating them. For that reason, the National Prosecuting Authority received about R1.1 billion to put in place anti-corruption measures.

As to how the government can restore public trust and reframe how the world views South Africa, Minister Lamola said: “It will be a collaborative effort between the government and civil society; it will not only be left to government to deal with issues that relate to corruption, but also the various facets of government services. Government must be held accountable; government must play its role in terms of the procurement processes, particularly preventative measures. The public and private sectors have got a bigger role to play because they pay the bribe; they are the ones who often finance grand-scale corruption.”

All the panellists agreed that the way forward will involve recovering the costs of state capture from the parties that were implicated and ensuring that these parties are held accountable. 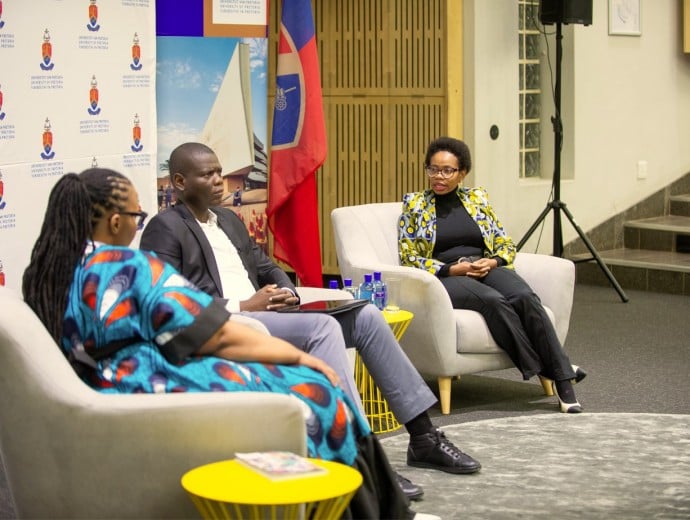