Melissa van der Merwe from the University of Pretoria's Department of Agricultural Economics, Extension and Rural Development not only represented the University at the International Food and Agribusiness Management Association (IFAMA) Conference in Miami, Florida earlier this year, but was also part of the South African universities case study team that won IFAMA's International Student Case Study Competition.

This competition, now in its 12th year, brings together students from around the world to demonstrate their investigative and problem-solving skills to provide innovative solutions to practical problems. The competition provides a global stage for students and their universities to showcase the next generation of agribusiness leaders.

The Case Study Competition consists of two rounds. In the preliminary round, teams of between three and five students are expected to work through a complex case study in four hours. The teams receive a real-world challenge, in case-study format, from a leading agribusiness. They are then required to develop a creative and practical solution to the problem and build a presentation to communicate their solution to a panel of judges. Six teams are subsequently selected to participate in the final round, in which an addendum to the case is provided. Teams are allowed another four hours to work on the elaborated case before once again presenting their innovative solutions to a panel of judges. The final-round judges include representatives of the agribusiness featured in the case study.

This year the featured agribusiness was Bayer Crop Science. Although the company managed to expand its global footprint through its Food Chain Partnership, it faced some challenges in respect of its expansion into emerging economies through small-scale farmers. Being from the African continent, Van der Merwe and her team not only understood Bayer's unique challenge, but could also pre-empt some of the potential problems faced by agribusinesses that want to grow their footprint in emerging economies. This gave them a competitive advantage when they had to go head to head with some of the best universities in the world.

The South African team's presentation, titled 'Selling Lindiwe's story', told the story of a female small-scale cassava farmer in Mozambique who, after the passing of her husband, became the main breadwinner. In this situation, the South African team indicated how Bayer could play a major role in not only selling chemicals to these farmers, but more importantly in changing the stories of small-scale farmers like Lindiwe. They recommended a strategic partnership with ABInBev, the main buyer of cassava produced by these small-scale farmers, who use the product as a cheaper beer-base substitute. They also recommended a local partner, Value Chain Insights (a fictitious company owned and managed by the South African team), that understands the political, social and economic environment of these emerging countries and would be able to facilitate the relationship between Bayer and the small-scale farmers.

According to the panel of judges, the innovative approach and motivations for investing in strategic partnerships with ABInBev and Value Chain Insights, as proposed by the South African team, went beyond financial benefits to also include corporate social responsibility and overall rural development. Lindiwe's story was, however, the decisive factor. The South African team was the only team to put a face and a story to the often invisible small-scale farmers. The judges felt that the South African team stood out in that they understood the challenges faced, not only by the small-scale farmers, but also by the agribusinesses wanting to expand in emerging economies.

When asked about their experience, the South African team said that they focused on each team member's strengths and experiences and just did their best. Their advice to future student teams is: 'Think outside the box!' 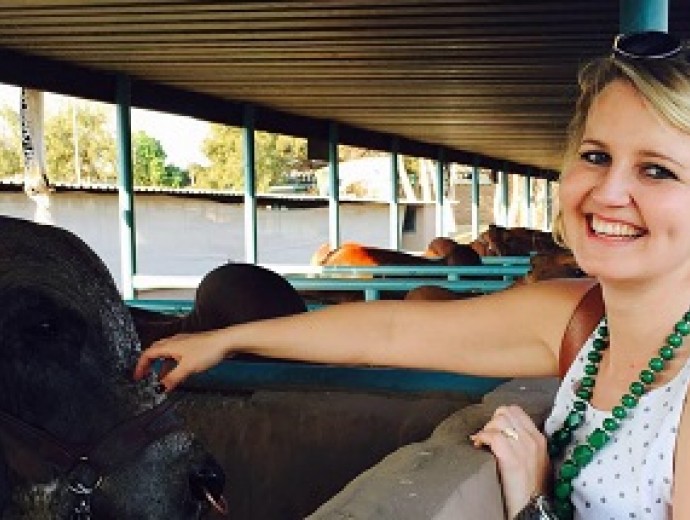