LeadUP: Migration crisis in Africa: ‘Where are the fault lines’

A recent hybrid discussion hosted by the University of Pretoria’s (UP) Alumni Relations Office focused on migration crisis in Africa. The session was part of the LeadUP virtual series of panel events in which topical issues of public interest are conducted with expert, and UP alumni guests.

Journalist and strategic communications practitioner Sebenzile Nkambule moderated the panel discussion, which was opened by UP Vice-Chancellor and Principal Professor Tawana Kupe. “Migration crisis in Africa is one with massive implications not just for African counties but the entire world. As a continent with the youngest population, Africa is likely to be a key player in the global market place in the decades to come,” said Prof Kupe. “Many people have migrated around the world. Addressing climate change and disasters are major drivers of irregular migration on the continent. UP is committed to build a sustainable, peaceful and thriving African continent and a contribution to the world”.

Professor Christopher Nshimbi from UP’s Department of Political Sciences says migration is natural and something that is historical in Africa and worldwide. There are various reasons why people migrate including for employment, trade, to escape war, conflict or violence, to seek a better life, for medical care and for relationships. “Too often, migration in Africa is negatively association with “illegals”. But there is a different and positive side to migration if countries establish a forward-looking policy environment for it to promote development. In this context, migration can positively help in the transfer of goods, finances, skills and technical knowhow while strengthening economic ties among countries that participate in African regional integration schemes”.

“Africa migration is not in crisis, Africa has a positive narrative on migration. Humanity as a whole has been on the move from way back and having Africans migrate is not something new,” said Ashraf El Nour, Regional Director: Southern Africa for the International Organisation for Migration. “Migration contributes to both socially and economic development and from that respective one could see that migration from Africa is determined and defined by regional labour mobility that has historically been the case. Migration, then and now to a large extent is a common denominator that brings several countries in the region into a single labour market, that could be not be formal but in many ways that is how the mobility is centred around the economies and the labour requirements of those economies that are not necessary coming from one country, such process has been going on for decades”.

He further said such migration has become fundamental contributor to the local community’s livelihood wherever they go. “Migration also provides labour to the economies, so it can keep growing and booming and the society as a whole can function”.

Echoing the same sentiments as El Nour, Dr Jo Vearey Director: African Centre for Migration and Society indicated that as a continent we do not have a crisis of migration. She says engaging with migration, which a key determiner of health is increasingly recognised as a global public health is priority and this has big implications when it comes to sustainable development goals particularly the target related to improving health and particularly the target to achieving the universal health coverage. “There is evidence that shows that health responses has failed to engage with migration, and that does not only negatively affect the people who are moving but will negatively affect the population through which migrants move and work, this was emphasised during the COVID-19 pandemic, until we are ensuring a inclusive responses there is no public health that migrants have and this is something that needs to be recognised. We need to develop interventions for this to work”. 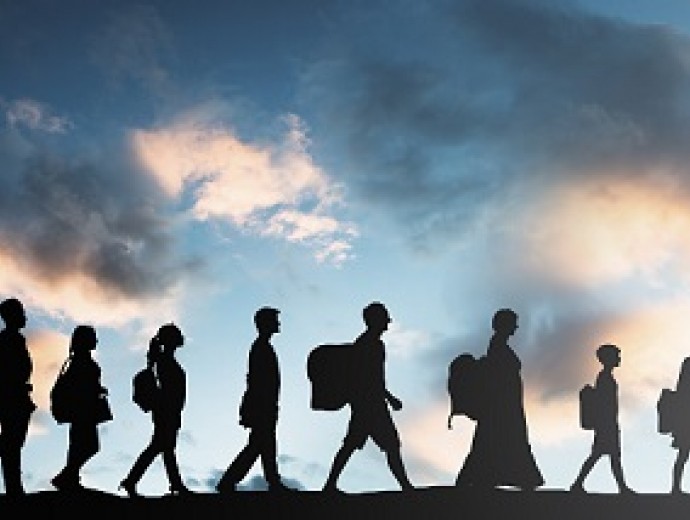