Maanda Ngegenene has a lot of people that she looks up to, including her former high school teachers who helped to shape the person she is today. She did not allow a lack of financial resources or the fact that she was not raised by her biological parents to stop her from pursuing her dream of becoming an Actuarial Analyst.

“I became interested in Actuarial Sciences after researching it, I learned a lot about it from the University of Pretoria’s (UP) Junior Tukkie programme and that is when I fell more in love with Actuarial Sciences. I then decided to study the course at the University of Pretoria,” says Ngegenene, who was raised by her maternal aunt Reginah Nemathithi.

The JuniorTukkie programme of the Department of Enrolment and Student Administration at UP assists learners from Grade 9 to 12 to make responsible study and career choices. Grade 9 learners are also offered the opportunity to participate in certain JuniorTukkie enrichment programmes and to become members of the JuniorTukkie Club in their Grade 10-year.

“It was not easy because I did not have a study bursary or personal funds to further my studies – at some point I felt like giving up. Fortunately, I received a bursary from the South African Actuaries Development Programme (SAADP), that was a breakthrough for me and a lot of things fell into place.” SAADP, which aims to develop black South African actuaries, raises awareness about actuarial science and recruits learners that show keen interest and passion for the field. They also provide Actuarial Science university students with various types of support.

This philomath says that transitioning from high school to the University was not a walk in the park. Making Actuarial Sciences her first choice of study was not an easy decision, this after being advised by several people that it was difficult and that the Actuarial Sciences industry was male dominated.

Nevertheless, she attended UP from 2013 to 2016 and graduated in record time for her undergrad BSc (Actuarial and Financial Mathematics). In 2016 she graduated with a BSc (Hons) Actuarial Science.

This Actuarial Analyst attributes her success to her family and former high school Principal Mr Muthelo. He introduced her to Actuarial Sciences after noticing her interest in Mathematics. “Back in high school, Mathematics was one of my favourite subjects, even though I did not score top marks all the time. I matriculated top of my class in 2012 at Marude Secondary school, all thanks to my principal and teachers who pushed me to work even harder in matric.”

Ngegenene now works at Ernst & Young, one of the big-four accounting firms in South Africa. She says actuaries use mathematics, statistics and financial theory to analyse the financial costs of risk and uncertainty. But as an Actuarial Analyst at a consulting firm, her day-to-day key responsibilities include valuations, audits, product development, model validation and other projects that are very specific to a client.

“In the future, I hope to become a Fellow of the Actuarial Society of South Africa and give back to my community of Venda in a greater way.” A Fellow is a person who has successfully completed the Fellowship examinations and has met the prescribed requirements on professionalism.

“I would also like to advise everyone – especially young women – that we are all unique and we need to believe in ourselves before we can try to convince other people to believe in us.” 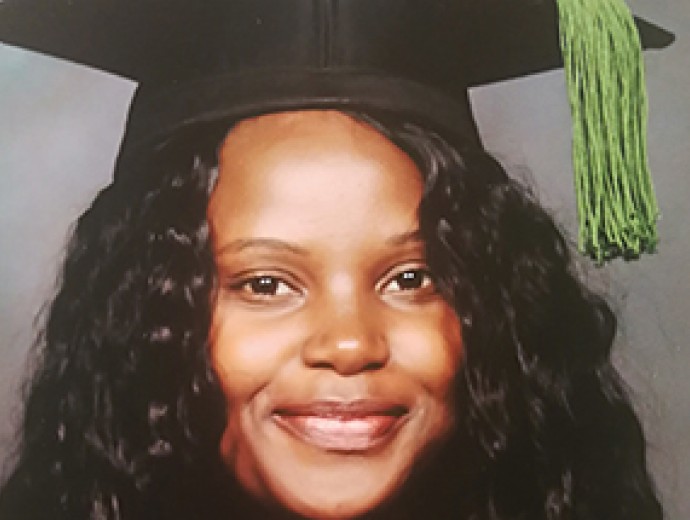