The University of Pretoria’s UP Alumni Connect app, which provides UP alumni with a platform for maintaining ties to the University and networking with other UP graduates, has been named the fastest-growing alumni platform in the world.

Samantha Castle, UP’s Senior Manager: Alumni Relations, was invited by Graduway, developers of the software used by top universities around the world, to accept the award in London recently.

UP’s version of the Graduway app – named UP Alumni Connect – was launched in March 2019, and has been downloaded by over 7 000 UP alumni over the first eight months.

“We are pleased to be number one in South Africa – and the world! – in terms of the number of downloads of our Graduway UP Alumni Connect app,” Castle said. “I am confident that we’ll hit the 10 000 mark by the end of the South African academic year in December. UP Alumni Connect is the best way to stay connected to your alma mater, and to network with other influential UP graduates. I encourage all UP alumni who haven’t already to download it via their app store today.”

At the awards ceremony, Castle presented her case study on the successful marketing campaign that convinced over 7 000 UP alumni to download the app in under eight months.

“This latest achievement by our dedicated Alumni Relations team again displays UP’s commitment to maintaining strong relationships with our graduates,”

UP Vice-Chancellor and Principal Professor Tawana Kupe said. “We congratulate the team behind this success, and thank our alumni for remaining passionate about our University and signing up in such impressive numbers. The UP Connect app is the best way for our graduates to be updated on the latest developments at UP, to network with fellow alumni, and be invited to exclusive events to promote networking. I strongly encourage any UP alum who hasn’t yet downloaded the app to do so today.” 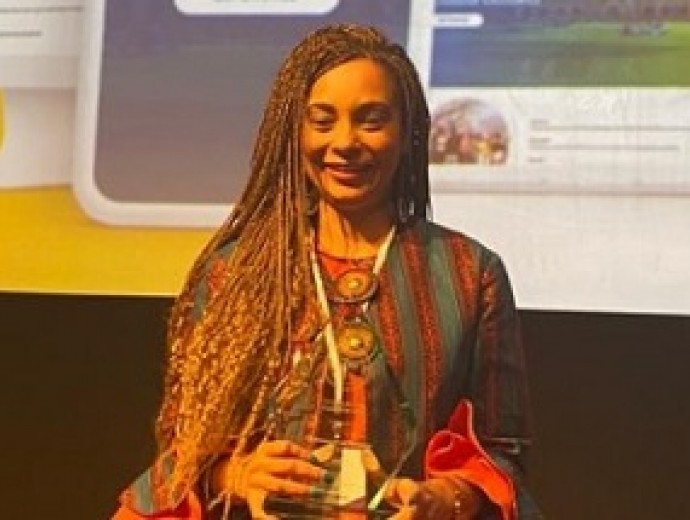 Samantha Castle accepts the award from Graduway in London