The Departments of Sociology and Visual Arts in the Faculty of Humanities at the University of Pretoria (UP) welcomed and hosted anti-apartheid activist and 2018 Order of Ikhamanga honouree, Omar Badsha for the launch of his sixth and latest book, Seedtimes.

The launch, which was funded by the Andrew W Mellon Foundation as part of a project entitled ‘The public intellectual in the times of wicked problems’, started with a conversation between Mr Badsha and artist and curator, Mr Thembinkosi Goniwe. Mr Goniwe, a well-known contemporary artist whose works have been exhibited both locally and internationally, has contributed essays to various publications and has curated many exhibitions.

Prof Vasu Reddy, Dean of the Faculty of Humanities at UP, reflected on the importance of Omar Badsha’s contributions to South Africa, in particular his contribution to the democratic and knowledge projects, and said that the Faculty of Humanities considered it a great honour to host this renowned artist at such an important juncture in his career.

Prof Reddy described Mr Badsha as a documentary photographer, an artist, a political and trade union activist, and a historian who has made a vast contribution to public intellectual debate and discussion, and added that ‘Badsha’s work reminds us about the urgency to speak truth to power’.

According to Prof Debby Bonnin, Head of the Department of Sociology, ‘Omar Badsha has been most generous in his sharing of knowledge across many different spheres. His work tracks and documents the democratic struggles of workers and community organisations in South Africa going back to the 1970s and so provides a record of those struggles and the agency of ordinary people.’

Mr Badsha is a documentary photographer and his book Seedtimes provides an overview of his work and times. It is comprised of images taken over a period of four decades and organised into four sections. The themes revolve around children, politics and the struggle against apartheid, the burden carried by women and visits to India, Ethiopia and Denmark.

He is an award-winning, self-taught artist, and in 1981 began the independent photographic agency and collective Afrapix, which was instrumental in documenting life under apartheid and the mass democratic movement against the apartheid regime.

Mr Badsha, the founder and head of South African History Online, was among the new generation of artists of the post-Sharpeville era who changed the discourse of South African art. He was also at the forefront of the revival of political and trade union organisations in the 1970s, and was the first General Secretary of the Chemical Workers Industrial Union.

Seedtimes is based on his highly acclaimed retrospective exhibition of photographs and artwork held at the Iziko National Gallery in 2015, which subsequently also travelled to Durban and Johannesburg. 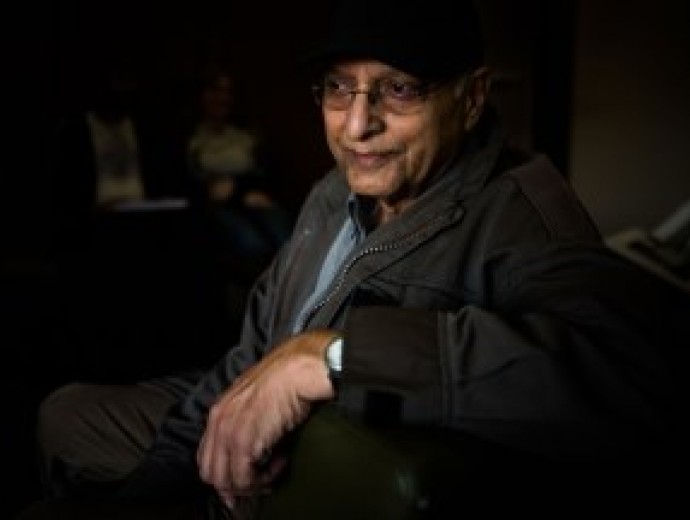