Promoting food security - what needs to be done?

About 6.5 million people in South Africa are reported to be food insecure, with poverty and unemployment being the driving factors of food insecurity. The inadequate access to food and affordability of food is a social security problem, which needs intervention from various sectors. Household food insecurity and vulnerability to hunger are serious problems in both urban and rural areas, with each of these geographical areas having their own characteristics and challenges.

In response to these socio-economic challenges, the School of Public Management and Administration (SPMA) at the University of Pretoria (UP) hosted a webinar on 18 July 2022 that focused on promoting food security in South Africa and globally.  The webinar, which formed part of a series of webinars discussing topical issues affecting public management and administration locally and internationally, coincided with International Nelson Mandela Day, which honours the legacy of Nelson Mandela through acts of good deeds. For the 2022 commemoration, the Nelson Mandela Foundation turned its attention to food security and nutrition. Food security was the central theme of the SPMA webinar.

During the webinar, an esteemed panel of food security experts unpacked the food insecurity challenge, offering plausible solutions for it.

Prof Jose A. Puppim de Oliveira from the Getúlio Vargas Foundation (Rio de Janeiro and São Paulo) presented his research, which focused on institutional innovation in governing food, water and energy in urban agriculture while discussing the impact of urbanisation and migration on food security. He stated that to address food insecurity and hunger, “we need a transdisciplinary approach to promote food security globally”.

Prof Sheryl Hendriks, a food security policy expert and Head of the Department of Agricultural Economics, Extension and Rural Development at UP, highlighted the lack of a coordinated governance response in the fight against food insecurity.  She challenged participants to think and talk about controversial subjects such as population growth and its relationship to food insecurity. She acknowledges that debates around population growth are controversial but “need to happen”.

The panel discussion indicated that, although there is intent from the government to achieve food security, it needs to be addressed in a sustainable manner with efforts from various stakeholders. Food prices, social and political stressors, unemployment, the lack of a stable economy all necessitate an integrated and comprehensive hybrid governance response incorporating public and private sectors and, most importantly, civil society. 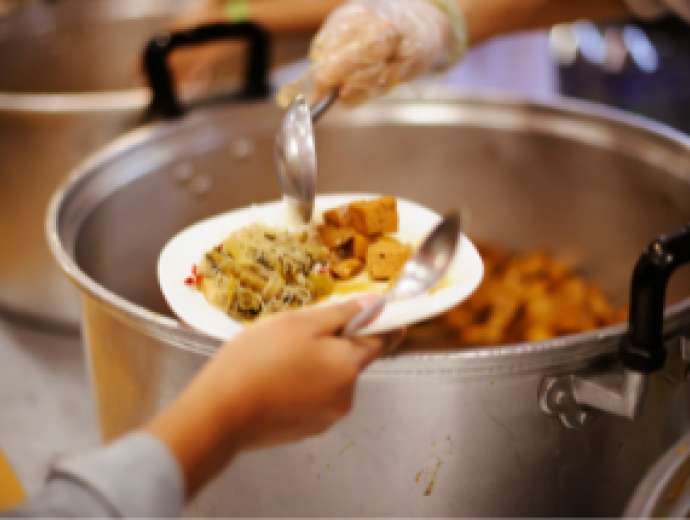