On World Nutrition Day 2020 (28 May annually), we are once again reminded that the world produces more than 1½ times enough food to feed all 7.8 billion people on earth. In spite of this, however, 821 million people globally face economic hardships leading to hunger and malnutrition. Most of the hungry and undernourished come from the middle- and lower-income countries, with only 11% coming from the developed countries.

If there is enough food to feed everyone on the planet, where does all the food go, and why are people in the world still going hungry?

The uneven geographic distribution of affordable food to people seems to be the biggest contributing factor. Inequities arise from the unfair systems that favour the rich and hinder access to nutritious food for the most vulnerable. The unequal economic circumstances of people in developed and underdeveloped countries often mean many farmers in underdeveloped countries will struggle to obtain financial and technological resources to help them produce enough food, and in addition, consumers lack purchasing power.

Poorer countries tend to have small farmers’ production going to local consumers with little or no disposable income and the major production of large-scale farmers exported to richer countries. In addition, low income and underdeveloped countries tend to have limited access to agricultural operations, technology and resources that enable farmers from the wealthier countries to produce large amounts of food. Developed countries, on the other hand, have significant wealth with the most technically sophisticated farming operations better equipped to meet their countries’ human food demands, with the excess going to animal feed or waste.

These social inequalities between poor and rich countries lead to insufficiencies in supply, distribution and availability, thereby intensifying the hunger challenges experienced globally.

Based on the above account, the world does not need to produce more food; instead, we need to look at our food systems and how the food is produced and how food can be evenly distributed since hunger is a product of inequalities in food distribution – with more food ending up with the richer countries, fed to animals or going to waste. However, using technological inputs to increase production for the growing global population might not necessarily be the immediate solution as increasing land use and the inputs involved pose a threat to the climate and biodiversity.

As with past global outbreaks such as Ebola, and Severe Acute Respiratory Syndrome (Sars), they all have severe negative impacts on food and nutrition security, affecting the most vulnerable populations the most. COVID-19 has threatened food supply chains globally with the impact expected to be more intense in low-income countries.

To make matters worse, COVID-19 brings in additional challenges because of the imposed restrictions on the movement of people, hindering food availability and access for the most vulnerable. As such, these restrictions are likely to affect food production, logistics and the supply of processed foods.

Governments need to direct focus to those facing the greatest threat, where malnutrition is already high because of the decreased agricultural production. Governments need to make sure that the outbreak does not get as far as affecting staple food production, as this could be even more catastrophic.

Globally, agriculture faces a big challenge in ensuring that food production from the biggest producers is distributed evenly to all in order to minimise the likely effects of the coronavirus if people are hungry. We must ensure that there is enough nutritious food, distributed fairly, especially to the most vulnerable.

The goal of good nutrition for all requires redressing this unequal distribution of resources. The ideal solution would be a system where sufficient food is produced and distributed equally to meet the food needs of all 7.8 billion people globally without negatively affecting the environment – regardless of the populations’ socio-economic conditions.

A possible solution could include the redirection and redistribution in the amount of human-edible crops fed to animals and foods that end up lost or wasted. It would also require a major change to the dietary choices made by consumers. Consumers’ behaviour has to change – consumers need to consciously choose to replace the more expensive animal food products with more affordable plant-based alternatives.

Food systems from production through to consumption are important contributors to malnutrition. The physical availability, access to food, and acceptability of different foods in local environments require capacity for implementation, political commitment and policy space for action; governance for engagement across government and different sectors. To stress this importance, the 2020 Global Nutrition Report (GNR) calls on governments, businesses and civil society to intensify efforts to address malnutrition in all its forms and tackle injustices in food and health systems.

In addition to this, if there is any hope of achieving the Sustainable Development Goals (SDGs), especially goal 2, which aims explicitly to end hunger and all forms of malnutrition by 2030, political commitment must be aimed at developing strategies that will safeguard against any global threats to food security. This is important, as the world is more likely to experience more pandemics and increased effects of climate change.

The COVID-19 outbreak, however, might bring some positive aspects in terms of capitalising on the political desire and urgency for global action on nutrition highlighted by the UN General Assembly (UNGA) in April 2016. This resolution proclaims the UN Decade of Action on Nutrition (2016-2025), as an unprecedented opportunity for achieving nutrition impact at scale, with a collective vision from a wide range of stakeholders focused on the implementation of policies, programmes and increased investments towards the elimination of malnutrition in all its forms, everywhere.

Dr Nokuthula Vilakazi is Programme Coordinator, Future Africa, at the University of Pretoria. 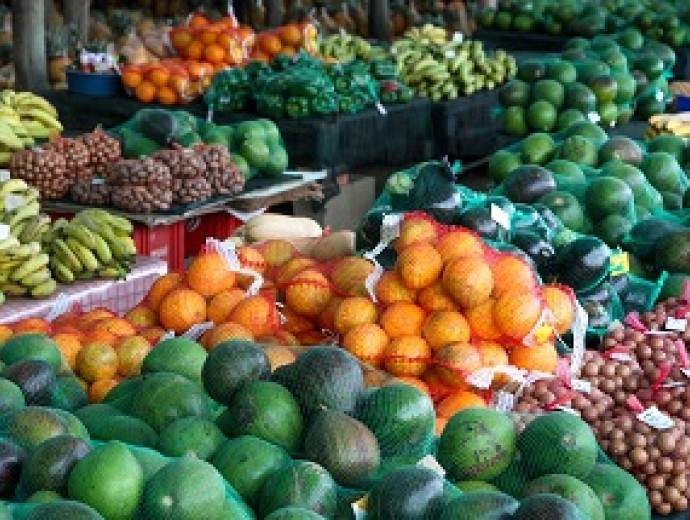