When playing the numbers game, it is easy to see that the South African team did well at the Birmingham 2022 Commonwealth Games in England. In the first seven days, they had won 20 medals, placing them sixth on the medal table.

As has become the norm during these Games, Tuks athletes have done their part to keep the South African flag flying. By Wednesday, they have won three gold, three silver and three bronze medals. There is a real chance they will add one or two more to their tally between now and Monday.

During the 2018 Gold Coast Commonwealth Games in Australia, Tuks athletes won seven medals. This time around, Tuks swimmers on their own claimed seven. It is undoubtedly a big step up. Four years ago, Tatjana Schoenmaker of TuksSwimming, was the lone crusader winning two gold medals (100m and 200m breaststroke). In Birmingham, four Tuks swimmers medalled.

The TuksAthletics duo and UP-Tuks student-athletes, Jovan van Vuuren and Zenéy van der Walt, won bronze in the men's long jump and women's 400 m hurdles respectively. It was a great moment for van der Walt, as she ran a Personal Best time of 54.47s.

Another highlight for South Africa was the men's senior national field hockey team finishing fourth. This was their first top four finish at the Games since 2002. South Africa picked up two wins in Pool A and scored a total of scored 16 goals the whole tournament, of which Matt Guise-Brown (TuksHockey alumni) and Nqobile 'Bili' Ntuli (TuksHockey club member) scored five and two respectively. Sihle 'Sigz' Ntuli who is the men's head coach at TuksHockey served as an assistant coach of the national team.

Coetzé was perhaps the most impressive. It was the first time he had competed at any Games. But those who have watched him swim would not have guessed it. He swam like a seasoned campaigner.

There is a cartoon cowboy character called "Lucky Luke" or sometimes "Coolhand Luke." In comparison, it won't be wrong to call Coetzé "Cool Stroke Pete". His sister, Jana, would undoubtedly agree.

When she talks about her little brother's swimming exploits, it is easy to conclude that Coetzé has "ice in his veins". Nothing ever seems to faze him. Once he has set his mind on something, he goes for it. And he will keep on doing so until he succeeds.

According to her, it was best illustrated during the 200m-backstroke final. It was Coetzé's ninth race in five days. It did not look as if he was going to medal after 150 metres. But, Tuks swimmer was never going to give up. Somehow he had enough energy left to accelerate. Stroke by stroke, he swam back into medal contention-eventually finishing third.

"That is Pieter to me. He always backs himself. It does not matter in which lane he swims or against whom he swims. He has also got the right mindset. Sometimes it is hard to believe he is my younger brother as he is so mature in how he thinks about swimming and what it would take to achieve his goals.

"Once he dives in, he is only focussed on what needs to be done, but the moment he is out of the pool, everything is forgotten. Then he is just Pieter again."

"What is also amazing is how calm he can be. Sometimes he can be frustratingly calm. It can drive you up the wall. But often afterwards, you got to give it to him that he was right. Things did not turn out to be as bad as I thought they would be," explained Jana, who swims herself.

According to Jana, her brother was at first not keen on swimming.

"He wanted to be a cross country runner. All his friends were running. At first, he only went to the swim galas because I was competing. While I was swimming, he was running around the pool. At one stage, my parents convinced him that he might as well swim.

"But being a stubborn Coetzé, he refused to commit to swimming. He still wanted to run and play cricket. Things changed when he started to win more races in the pool than on land. I think he got addicted to the joy that comes with winning. That is when he fully committed to being a swimmer." 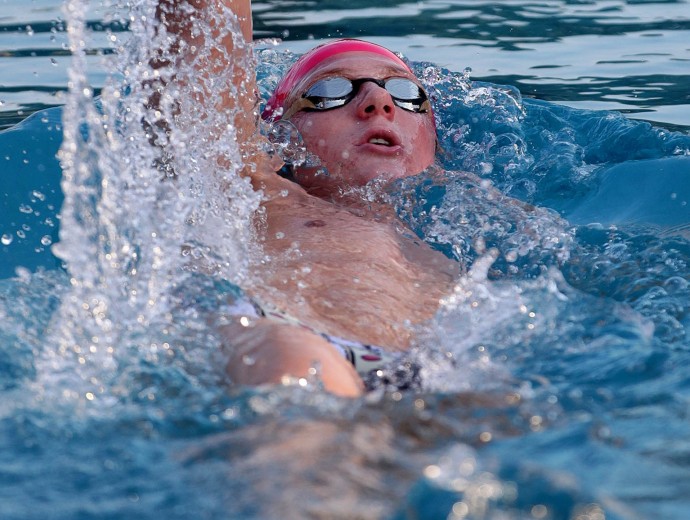