#TuksSwimming: Nortje is a SA champion after rediscovering his passion for swimming

First down and out and now a South African champion that pretty much sums up the reversal in Danté Nortje's swimming fortunes.

But to the 19-year-old, his big breakthrough was in the 400m-freestyle. He did not win. He was second. What excites him is that he had a specific goal in mind. He achieved it. In doing so, he clocked a B-qualifying time (3:47.97) for next year's World Short Course Championships in (15-20 December in Abu Dhabi).

"It proves that hard work does pay off. The best decision I made was coming to Tuks so Rocco Meiring can coach me."

He so nearly did not do so. Towards the middle of last year, he had quit swimming. He had enough. His passion was gone. It made no sense anymore to him to swim up and down in a pool for hours on end.

But it seems once a swimmer always a swimmer. The time away from the pool gave Nortje a new perspective on life and what he wanted to achieve.

"Swimming can be a very lonely and gruelling sport, but it is what I have been doing since I was six. The time away from the pool made me realise that I love swimming. It is in my blood and defines who I am. It would have been a waste to give up.

When he was in matric in Westville Boys High School, he won the South African Open Water 10km and 5km races. Nortje, however, believes he might get to be more competitive over the shorter distances as he gets older and physically stronger.

"I always consider myself to be a long-distance swimmer that can sprint. There is still a lot of hard work to be done before I am good enough to beat the world's best. My turns for one are atrocious. I also need to improve my breathing technique. There are one or two other small things I can improve on."

In his quest for perfection, it is no surprise that Nortje views the Olympic legend, Michael Phelps, as a role model.

"My mom has definitely played a significant role in my life. She basically raised me as a single parent, never complaining. I love her for it.

"The Canadian rapper, Drake, is the third person who has influenced my life. His music speaks to me. Often it is what inspires me before I train or compete," explains the first-year BCom Business Management student at Tuks.

To relax and clear his mind, there is nothing Nortje enjoys more than going to the bush with his dad or go for a long hike in the mountains.

At times he even takes up "killing" as a way to relax. Over the years the Tuks swimmer has collected numerous "scalps" in various wars when playing PlayStation. 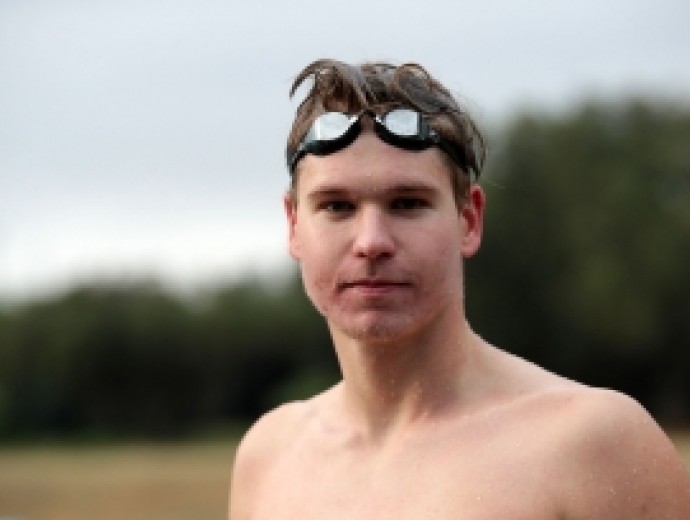