Another day, another game, but the result is the same. The Jaguars wins.

Yesterday morning in Bloemfontein the team notched up their fifth victory in six Telkom Netball League encounters by beating the Kingdom Stars 39-27. Their only "blemish" so far was playing to a draw against the Stings.

"We are bad losers. That why we are so motivated for each game" is the answer Izette Griesel (Jaguars captain) gives when asked about the team's dominance so far.

The team never seems to give up. To fall behind on the scoreboard and then staging a comeback has become a trademark of the Jaguars’ play. It even happened yesterday morning against the Stars.

Griesel's take on it is the Jaguars are the one team everyone wants to beat.

"At times it might seem as if we are caught flatfooted, but we are not really playing poorly. It is our opponents that are on top of their game.

"Our advantage is that we worked hard on our fitness and conditioning in the buildup to the tournament. That is what stands us in good stead during the latter stages of any game when our opponents start to run out of steam," explains the Tuks Alumni.

Griesel has having a brilliant tournament. Yesterday she got the player of the match award, and the day before it was the moment maker award.

Despite the Jaguars dominance, Griesel is quick to point out that they are taking nothing for granted.

"The tournament is far from being over. In fact, it is only starting now. From today up to the final, there is not going to be such a thing as an easy game. Playing 13 games in 14 days is actually crazy. That is why we only focus on one game at a time."

The Jaguars centre, Marlize de Bruin, has been praised throughout the tournament for her high work rate on the court. It has been speculated that she might be one of South Africa's fittest netball players.

The Tuks Alumni admits that pushing her body to the limits is sort of a hobby to her.

When she is asked why the Jaguars seems to be unstoppable, she answered: "it is a case of all for one and one for all. None of us wants to let the team down".

Today at 13:00 the Jaguars play the Crinums. 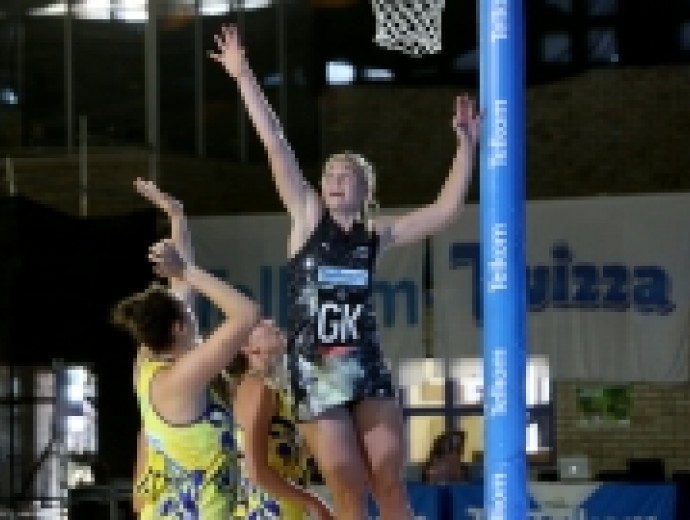