If the coaches at TuksSwimming can have their way, every talented youngster in Pretoria would have a fair opportunity to fulfil their dreams and maybe even compete at the highest level.
The reality is that not everyone can train at the TuksSwimming pool. It is why the Satellite Swimming Program was started to make sure that more young talented swimmers get good coaching.
There are currently eight such programs being run in Pretoria. The most recent is the one at Hoërskool Montana.
TuksSwimming's head coach, Rocco Meiring, said, it is high time that the club got involved in swimming north of the Magaliesberg.
"Pretoria North had a proud swimming tradition. Quite a few South African champions used to fine-tune their swimming skills that side of the mountain. Unfortunately for a number of reasons the sport has gone in a decline.
"Over the past years, many a talented swimmer was left with no choice but to switch to schools in Pretoria East if they wanted to continue their dreams of becoming champions. Not everyone can do so.
"One of the significant drawbacks in Pretoria North was the lack of a heated pool. It meant most swimmers battled to train through winter. Most actually stopped completely. Hoërskool Montana's decision to build a heated 25m pool has changed everything."
Brent Holmes will head Tuks's Pretoria North Satellite Program. He has in the past coached at the Hoër Meisieskool Oranje in Bloemfontein which is considered to be one of South Africa's top swimming schools.
Meiring added that Tuks also aims to revive the "North of the Magaliesberg Gala" to give swimmers in the area the opportunity to get used to what it takes to compete.
**Fifty of Tuks's swimmers will from Saturday compete at the South African Shortcourse Championships (25m pool) in Pietermaritzburg.
- Author Wilhelm de Swardt
Share this page
Published by Leonore Jordaan 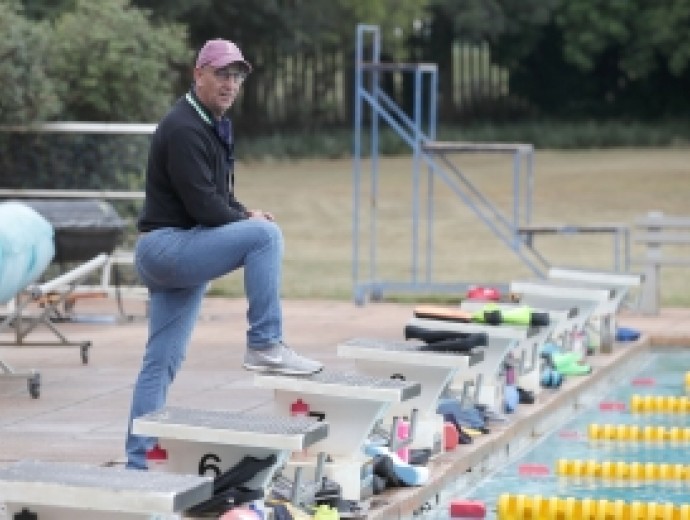