#TuksGymnastics: Gardiner not ready to quit on her gymnastic dreams

The first is that cleaning a house from top to bottom once a week is not an easy job. Even if every family member is helping. More important, while being cooped up with nowhere to go, she realised that she is not ready to quit on her dreams.

She had hoped to compete at the Tokyo Olympic Games, but unfortunately, she dropped the hoop during one of her routines at the African Championships in Egypt in March. She lost four points. That was it. Dream over. Finishing fourth overall was not going to cut it. The Tuks BCom Law student was truly down and out afterward.

"I had no reason to feel as if I had failed. I had torn the meniscus in my left knee during last year's South African Championship. It meant I had to undergo knee surgery which left me with only about five weeks to prepare for the championships.

"Still, I could not help but wonder whether it is worth it to sacrifice so many long hard hours for a dream that may never become a reality. Should I not instead be focussed on finishing my studies and start a career?

"During the lockdown, however, I realised gymnastics is such a big part of my life. I am not ready to stop. I know I am capable of becoming a better gymnast. My focus from now on is to qualify for the 2022 Commonwealth Games. Only afterward will I make a final decision as to the 2024 Olympics."

While busy with her rehabilitation Gardiner realised the importance of doing mental training sessions as well. It is something that stood her to good stead during the lockdown.

"I would often lay down on my bed and listened to the music of my various routines. While doing so, I would visualise on executing every move to perfection. I even focussed on my breathing."

Tuks's gymnasts are back in training. Although Gardiner could not wait to "fly through the air" again, she was at first slightly nervous.

"When back in the Rembrandt Hall, it was like 'oh my goodness I hope I have not lost all my skills. It has, after all, been quite a few weeks since I last had the opportunity to execute any routine. It turned out there was no need to worry. While quite a few gymnasts dropped their apparatus at first, I seemingly continued as before. My muscle memory must have benefitted from the mental exercises.

"The only thing I am missing out on is my fitness. I did try and run every day during the lockdown, but it is very different from doing a gymnastics routine."

According to the Tuks gymnast, the most important thing she learned from the lockdown is not to take anything ever for granted again. 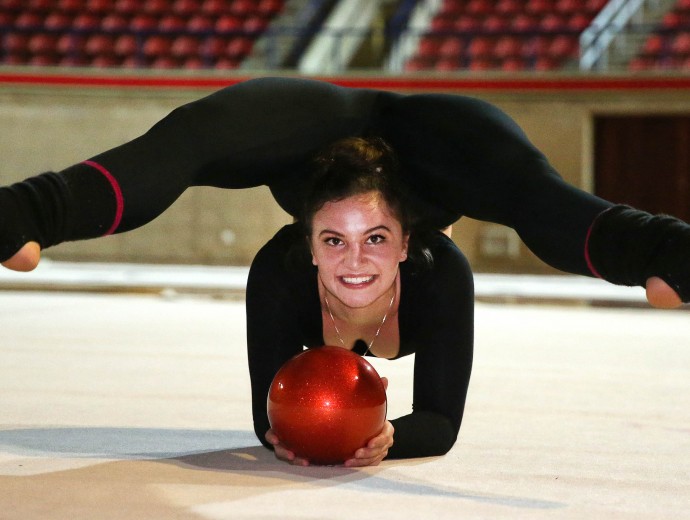