The MPWC, which comprises of female councillors in City of Tshwane’s Council, was established in March 2022 as a formal structure that aims to ensure the welfare and capacity-building of councillors. The caucus has been named “womxn”  to promote inclusivity and representation of trans and non-binary persons”.

During her talk, Prof van Dijk argued that gender equality needs to move “beyond the numbers of representation” and “giving voice to women means breaking down the gendered practices in organisations,” she said.

As part of the event, the MPWC received an inspirational address by Deputy Minister in the Presidency, Pinky Kekana, who shared her story of growing up in Hammanskraal, being a teacher in rural schools and climbing up the higher echelons in in local and national governments. She implored the attendees toto stand together and rally around those issues that affect their lives and empower one another. “By empowering a woman you will be empowering a nation,” she said.

In keeping up with the theme of the day – gender equality in governance, the delegates received information from the South African Local Government Association (SALGA) on the role and purpose of such a women’s caucus with representatives from the Commission for Gender Equality and the Department of Women, Youth and Persons with Disability who focused on promoting a gender sensitive government through gender mainstreaming. They highlighted some of challenges that place women at the centre of government’s transformation agenda.

The task before the Caucus is an important and challenging one, but the councillors agreed that change is necessary and should start with the womxn of the Caucus working together to achieve gender equality in governance. 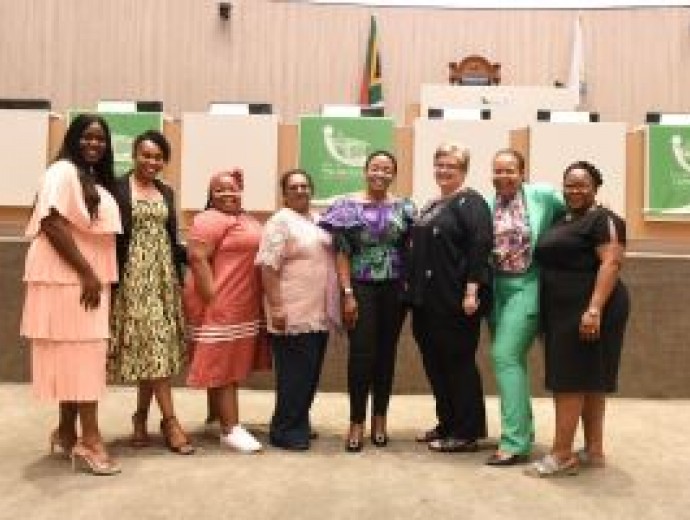