UP EXPERT OPINION: Gender equality is not an add-on, it is a fundamental requirement for a just society

There has been slow progress in increasing the representation of women leaders in government. On 8 August 2022, a day before Women’s Day, KwaZulu-Natal announced its first female premier — a much delayed first for female leadership in the province.

During the 2021 South African local government elections, a woman was elected as the mayor of one of the largest, most economically important metropolitan municipalities, Johannesburg — but do these elections mean gender equality has been achieved?

For a country that scores 93rd out of 162 countries on the Gender Inequality Index, the question is complex and necessitates a much more nuanced consideration. Gender equality has become almost a phrase thrown into every political, economic, and social conversation — an add-on to every public programme or policy particularly on national days such as Women’s Day and Women’s Month, making it a perpetuation of a far-reaching dream.

Therein lies the problem – gender equality is not an add-on, it is a fundamental requirement for a just society, a just society where political, economic and social participation in public and private lives is possible for all to consider equally, regardless of their current position in society. This is the dream – is there a way towards realising this dream?

But gender equality is not about representation – it is about the voice given to understanding the intersections that contribute to and continue to perpetuate inequality.

Ever since Kimberlé Crenshaw coined the term “intersectionality” in 1989 and Chandra Mohanty wrote Under Western Eyes (1987), scholars agree that the intersections of gender, race, and class are not the only factors that maintain inequality — history, context and a myriad of other factors necessitate a nuanced understanding of not only gender but equality as well.

Those who lead public institutions and who are in some ways influencing, directing and supporting the conversation around the nature of gender equality have the responsibility and opportunity to shape how gender will be understood and practised through organisational structures, processes and policies.

The crux of the matter lies in creating space for gender equality that is sustainable, and although both concepts are often linked in literature, achieving one without the other seems particularly challenging.

Consider a public organisation that states in all its strategic documents its commitment towards gender equality. This organisation is led by individuals who continuously refer to its ability to comply with equity legislation and develop policies that promote the sustainable development of women (specifically).

Consider this same organisation that then recruits for senior management positions and gender is not determined to be practised nor is it seen as influencing decisions (as articulated in its recruitment policies and practices) – thus, women’s issues vanish when seemingly important strategic decisions are to be made regarding who to appoint as a senior manager.

At this point, the job becomes gender-neutral and gender equality issues are less important than organisational considerations. This is where the understanding of gender and organisational issues as interwoven, interdependent or even remotely related comes undone. When we ask whether appointing a woman as a senior manager is indicative of gender equality, the answer has to be “no” – specifically if gender was not a fundamental consideration in how the decision was made.

Public leaders are driving this effort as they influence how gender is practised and how it manifests in organisational policies and programmes, but also how it is evident in the organisational culture, behaviour and attitude of employees.

As a basic first step, public leaders should acknowledge public organisations as gendered spaces. Therefore, understanding the intersections that lead to or maintain inequality, should be identified and consciously addressed.

Let us return to the recruitment of a senior manager – the advertisement of the position describes the senior manager as needing to be goal-oriented, rational and decisive, which are one-sided traits. Subconsciously, the message is sent that this would be the acceptable behaviour and traits associated with a senior manager.

This is the message that public leaders need to change – acknowledge the inherent inequality in how organisational processes, programmes, behaviour and attitudes are deemed appropriate and initiate the conversation that gender is fundamental to organisational functioning.

Regardless of who is then appointed as the senior leader, the organisation’s commitment to sustainable gender equality will be visible and fundamental to achieving organisational success.

Leaders should focus on the plurality of voices that comprise their organisation and by giving space for those voices to be heard, gender equality might be more than a pipe dream.

This article first appeared on 30 August 2022 in the Daily Maverick. Professor Gerda van Dijk is the Director of the School of Public Management and Administration at the University of Pretoria. 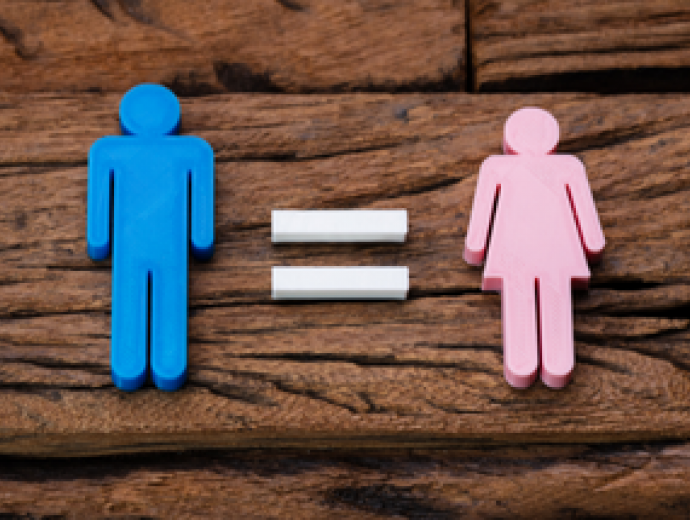