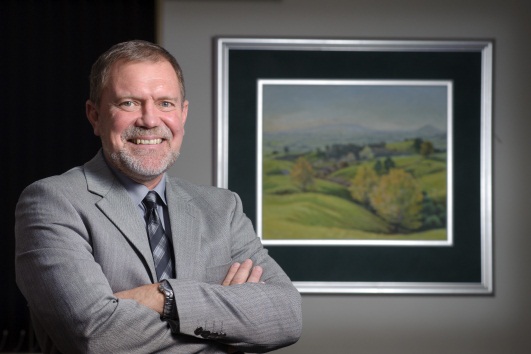 I was educated in New Zealand at the University of Waikato and completed a period of postdoctoral study there before moving to University College London as a Lecturer in 1985.  After 16 years in London, I accepted the position at Professor of Microbiology in the Department of Biotechnology at the University of the Western Cape, Cape Town, where I was a Senior Professor and Director of the 60-strong Institute Microbial Biotechnology and Metagenomics. I moved to the University of Pretoria in May 2012 in the dual role as Director of both the University of Pretoria Institutional Research Theme in Genomics and my research group, the Centre for Microbial Ecology and Genomics. The latter is housed in a newly refurbished 1000m2 laboratory suite on the Hatfield Campus.

I have published over 350 research papers, review articles and book chapters, and sit on the Editorial Boards of 13 international journals.

My research activities in microbial ecology encompass several fields, but mostly linked by the theme of ‘environmental extremes’. My collaborators include researchers in South Africa, Namibia, Kenya, Zambia, Argentina, New Zealand, the UK, Germany, and the US. Since my PhD studies, I have retained an interest in the ecology and enzymology of extreme thermophiles, organisms living in heated soils and hot water. For the past decade I have worked on the microbial ecology of Namib Desert soils and at the lower end of the biotic temperature scale, studying the microbiology of the Dry Valleys of Eastern Antarctica.  My latest project is a continental-scale survey of soil microbial diversity. With 9 other partner nations, we are collecting 1000 soil samples from southern, eastern, western and northern Africa and aim to analyze the soil microbial community structures in the context of macro-environmental and geographic parameters.