Lesson Study and the pre-service teacher

Prof. Yumiko Ono from Naruto University of Education (NUE) in Japan visited South Africa as part of the mission of the Japan International Cooperation Agency (JICA) to support developing countries in different fields.

As a leading university in Teacher Education in Japan, NUE offered training for mathematics subject advisors from South Africa in 2016 and 2017 on behalf of JICA. Dr David Sekao from the Department of Science, Mathematics and Technology Education worked with Prof. Ono to conceptualise the training when Dr Sekao was still with the Department of Basic Education.

One of the key areas addressed during the training in NUE was the Lesson Study model for teacher development which originated in Japan and was later adapted and implemented by numerous countries globally to enhance teacher capacity and practice. Prof. Ono’s visit to South Africa was aimed at providing additional support to the teachers and subject advisors who implement the Lesson Study model.

Prof. Ono attended Lesson Study Sessions in North West and KwaZulu-Natal. Her visit to South Africa came at a good time when the Lesson Study model, coordinated by Dr Sekao, was being introduced in the Faculty of Education.

Prof. Ono addressed the faculty staff under the theme ‘Pre-service teacher education and the Lesson Study: Case of Naruto University of Education’. 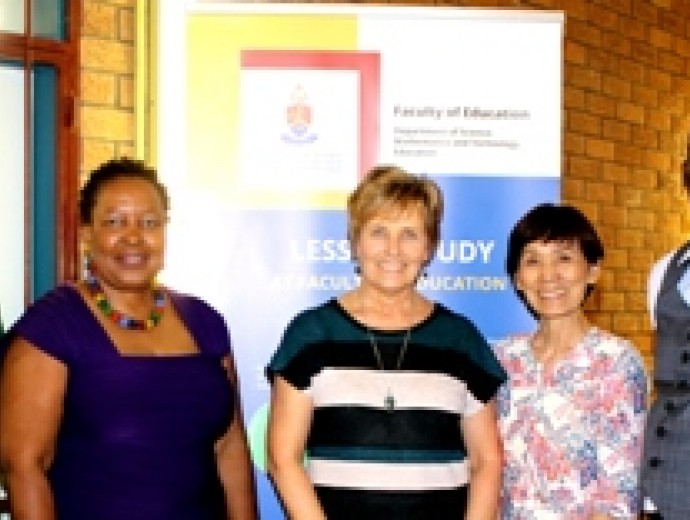