The University of Pretoria (UP) recently joined St Alban’s College in paying tribute to Dr John Boje, an ex-teacher of the school and alumnus of UP’s Department of Historical and Heritage Studies as well as its Department of English.

The occasion was the naming of the school’s auditorium and the introduction of an expert lecture series on education in honour of Dr Boje.

Dr Boje served St Alban’s College for 36 years, during which, in the words of the headmaster, Shane Kidwell, his contributions in many areas of the life of the community were “incalculable and invaluable”. Dr Boje was commended for the way in which he taught learners to apply their knowledge and learning “to impact the world at large”.

After retiring, Dr Boje added to his previous academic qualifications with two doctorates, one in History, achieved at the age of 73, and the other in English at 83.

Dr Boje's History doctoral degree, supervised by Professor Fransjohan Pretorius, investigated the impact of the South African War on the lives of the people of a Free State district. The English doctorate, supervised by Dr Idette Noomé, reflected on the intricacies of translating Chaucer’s Canterbury Tales into Afrikaans.

Achieving two doctorates in one’s retirement, UP Vice-Chancellor and Principal Professor Tawana Kupe said, was “an outstanding feat and surely a testament to the power of determination and a sheer love of learning”.

Inaugurating the expert lecture series, Prof Kupe affirmed that “the greatest gift to give a student is … the desire and skills for lifelong learning”, adding that “If there was a Nobel prize for learning and learning and relearning, the prize would go to Dr Boje.” 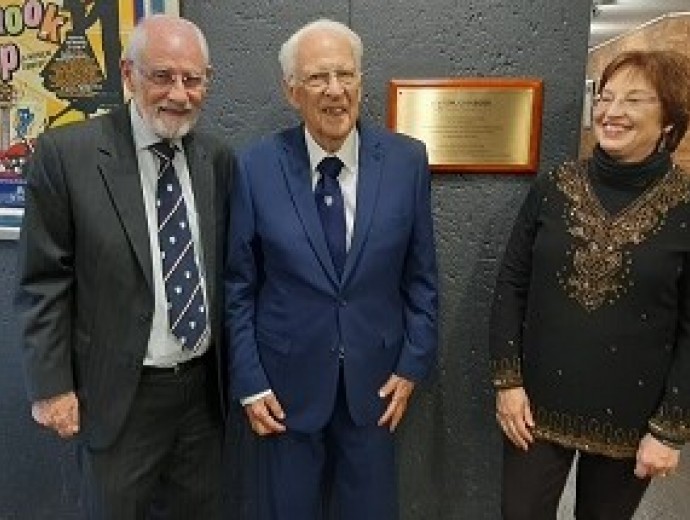