On 25 March the 2021 UP history honours class in the Department of Historical and Heritage Studies was joined by the distinguished historian, Professor Daniel Woolf, who is internationally renowned for his specialization in the field of historiography (the history of history writing) and is an Emeritus Principal of Queen's University, Ontario.

Woolf, who has published extensively in the field of historiography, came as a welcome surprise to most of us.  Our lecturer for the module, Dr Macqueen, has instilled in us a great appreciation and understanding of historiography. Although most of us had speculated that Professor Woolf would be the surprise guest lecturer, due to his works forming the key readings for our historiography module, we were left astonished and privileged by the sudden realization that we were now being joined by a great historian in our virtual classroom. This virtual opportunity reflects a more positive spin on the COVID 19 experience, as it enabled us to converse with Professor Woolf in a manner not previously imagined.

The lecture began with Woolf reflecting on his academic journey as a historian of historical writing. Woolf looked at three salient factors in his reflection. Firstly, he admitted his partially accidental choice of focus and discussed his motivations for his studies on global historiography. He detailed his experiences with different scholars, editors and publishers during his earlier research days. Lastly, he highlighted the challenges he faced when pursuing this career path.

Woolf’s lecture underscored the importance of understanding and taking part in debates about past historical writing and thinking by historians. He interestingly gave insight into the genesis of his own work such as A Global History of History and the five volume Oxford History of Historical Writing series, for which Woolf served as the chief editor. As honours students, these insights were valuable as it highlighted the true nature of what it means to be a historian actively contributing to the profession.

The former seminal work, which looks at historiography on a global scale, was a result of Woolf’s own self-reflection and critiques on his earlier primarily Western Historiographical focus. “I came to my senses that I was getting a little bit stale, that it was just the same old usual suspects from Herodotus, Thucydides, Virius and the medieval chronicles and the renaissance…” stated Woolf.

Woolf acknowledged that an examination of historiography from a global perspective certainly has plenty of benefits, compared to a selective focus. One of these benefits is that it gives a voice to the previously concealed historical cultures that would otherwise remain obscured and under-researched such as African, Latin American and Indian historiographies.

Woolf emphasized the challenges he faced in studying lesser-known traditions, most notably that of language barriers. Woolf’s emphasis on these challenges related to similar discussions we have had in many of our other honours classes. We concluded with Woolf that interdisciplinarity and partnership with various scholars, such as linguistics and regional historians, were required as global students and historians.

As the lecture progressed, we were fortunate enough to converse with this renowned historian and ask questions for discussion. An array of points were raised, focusing on gaining clarity of Woolf’s work and asking Woolf to provide us as fledging historians with advice on a profession in history.

Woolf’s hard-won wisdom and insights inspired a new interest in some of us to work in the field of historiography as well as including historiographical elements in other areas of our research. This lecture was incredibly heartfelt and insightful.

We express our deep gratitude to Professor Daniel Woolf, Dr Ian Macqueen and to our fellow students for such a perceptive discussion and a once-in-a-lifetime experience. 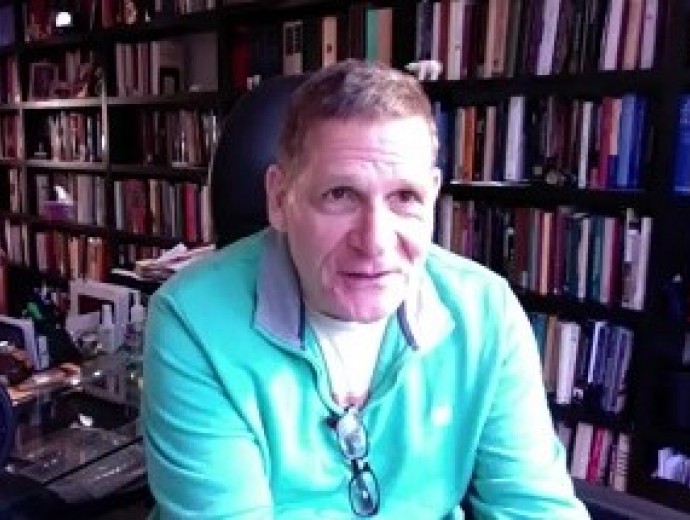