In spite of dramatic constitutional changes, South Africans remain stuck in the apartheid ways of thinking and relating to each other, living in a society fragmented by racial discourse, and continuing to talk about four distinct “races”.

Perhaps this is predictable given a past when artificial concepts of race governed where people lived, went to school, who they loved, what careers they chose, and where they would be buried.

Emancipation Day, commemorating the abolition of slavery in the British Empire in 1834, was observed on December 1 in South Africa, although many South Africans are ignorant of the impact of slavery on our history.

Almost from the start, the Cape was a slave society, and as elsewhere, mixing between Europeans, indigenous, and the enslaved occurred, giving rise to a group of creolised people, who would later become known as “coloured” under the apartheid government’s Population Registration Act.

This heterogeneous group of people resisted classification into “white’/European or “black”/Bantu, and the category “coloured” became a residual one, a hold-all for the “leftovers”.

After their defeat in the Anglo-Boer War, the Afrikaners’ desire for a distinct national identity demanded that they distance themselves from the “coloured” people with whom they shared blood, language and religion. Legislation, justified by sociological, ecclesial and political views, was adopted in order to maintain racial distinctions and prevent further mixing.

“Coloured” people were, thus, stripped of a shared history in order to banish all evidence of past “indiscretions”.

In 1973, André P Brink’s novel, Kennis van die Aand, the first Afrikaans book to be banned by the apartheid government, was criticised for its vilification of the Afrikaner, inhuman portrayal of the police, and for mocking religion.

In 1985, Hans Heese’s book drawing attention to the mixed heritage of major Afrikaner families and listing marriages between Europeans and slaves was similarly banned.

Like Brink, Heese was an Afrikaner writing in Afrikaans, and I believe that their work coming from within the kraal carried more weight.

In Afrikaner mythology, says February, coloureds would only perform a functional role within certain “syndromes”, such as the drunken clown. I found that the theme of alcohol is a recurring one from the first time Jan van Riebeeck gave the enslaved a glass of brandy to help them learn the Christian prayers, to the tot system that ensured the labourers’ dependency on the farmers post-emancipation.

Mohamed Adhikari similarly refers to the so-called inherent characteristics of “coloured” people - such as dishonesty and recklessness, and supposed tendencies towards gangsterism, drug and alcohol abuse that have often been blamed on the idea that “colouredness” was the product of miscegenation. The prevalence of these stereotypes and their entrenchment in the psyche of the majority of South Africans is illustrated by Trevor Noah’s descriptions of “coloureds” in his 2016 memoir, a New York Times best-seller soon to be made into a movie.

Noah is the son of a Xhosa mother and a Swiss (“white”) father.

He distances himself from the apartheid classification (describing himself as “mixed but not coloured - coloured by complexion but not by culture”) and shares his experiences of not fitting into his “coloured” neighbourhood because of the “two types of coloured people” he encountered - those who hated him for being “black” and having curly hair, and those who resented his “whiteness” and “perfect English” and for not speaking “Afrikaans, the language that coloured people were supposed to speak”.

Ironically, Noah describes very accurately the space of ambiguity which mirrors the “coloured” experience of occupying the interstitial zone of being neither “white” nor “black”, and which was often described to me in my research.

While his story resonates on many levels with ordinary people in South Africa, and offers a lens into what it was like for his family to live and navigate apartheid legislation, his description of the origin of “coloureds” is peppered with stereotypes and inaccuracies, starting with the presumption that “coloured” people speak Afrikaans.

He disseminates a popular myth that “coloured” people originated largely from “black-white” sexual unions outside of wedlock; as a result of prostitution and casual sex between colonists, the enslaved and Khoisan.

The apartheid constructs are deeply embedded in our psyche, and we continue to live in a society fragmented by racial discourse.

The evidence of how successfully this was accomplished by the apartheidists is illustrated by the way Noah describes “coloured” people as “an entirely new race”.

I find this alarming coming from such a high-profile South African. I believe that the concept of “colouredness” is neither a biological nor an ethnic identity, but a direct result of slavery and creolisation and, later, apartheid social engineering.

In spite of attempts by the apartheid government to “fix colouredness”, it remained an ambiguous and fluid identity, heterogeneous in skin colour, language, religion, and culture, as illustrated by the two photographs of my grandmothers, one classified Cape coloured and the other Cape Malay, two of the seven subgroups of coloured. There is no homogeneous coloured identity, and therefore, no essence of coloured identity, negative or positive.

More needs to be done than simply remove the laws that entrenched apartheid racial hierarchy - we need to find a new language to talk about the past so that we may address the sense of inferiority and shame associated with racial superiority and the negative stereotyping of colonists and slave masters.

This article first appeared on IOL News on 15 January 2020. 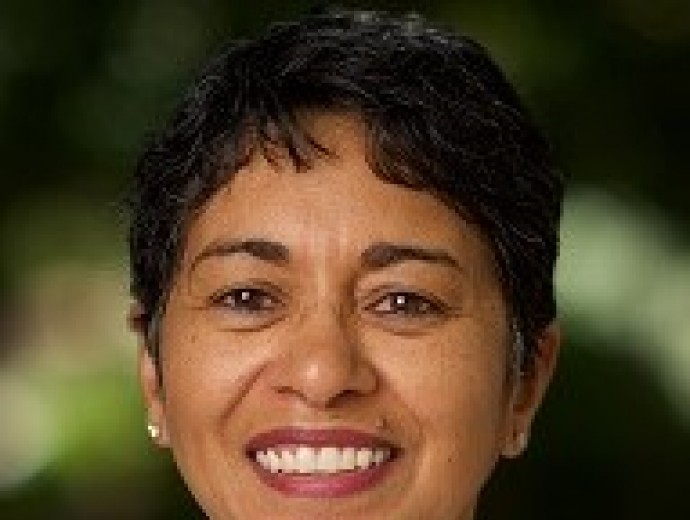